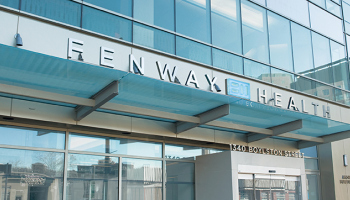 The Fenway Institute is excited to announce the hiring of Dwayne Steward, our new Community Engagement Coordinator. Dwayne comes to us from Columbus, Ohio, where he has been a tireless advocate for the LGBTQ community and those living with HIV/AIDS.

Dwayne served as the LGBTQ Health Advocate for the City of Columbus Public Health Department, where he was instrumental in implementing the city’s groundbreaking LGBTQ Health Initiative. Through the Initiative, Dwayne helped create the Ohio Youth Leadership Summit and Transgender Safety Summit. Dwayne has done great work for Columbus’ HIV/AIDS community, founding HIV Testing Coordinator for the Greater Columbus Mpowerment Center, which is a federally funded initiative to combat high HIV infection rates among gay black and Latino men.

“I’ve learned that once you start bringing the community into the strategic planning conversations you’re having, you can start to really become more effective with the services you provide,” Dwayne said.

Dwayne has also worked tremendously to help LGBTQ youth, especially those living in rural areas without many support networks. He is the founder and director of the Make It Better Foundation, which is an anti-bullying organization that helps small towns and schools create effective measures to combat bullying and foster safe spaces for all students. Dwayne has been featured in Dan Savage and Terry Miller’s best-selling book “It Gets Better: Coming Out, Overcoming Bullying and Creating a Life Worth Living.” Additionally, he has served on the Board of Directors of Kaleidoscope Youth Center, drop-in center for LGBTQ youth in Central Ohio, and as the Executive Committee Chair of Columbus Urban Pride, which creates safe spaces that celebrate LGBTQ racial diversity.

“My mission has always been community engagement,” he said. “I’ve always been interested in social justice and bringing the community together to find out what it is that they need.”

In joining The Fenway Institute, Dwayne will bring his years of public advocacy experience and passion for social justice to Boston as the Community Engagement Coordinator for the HIV prevention research. He’ll lead a robust program of community engagement, based on education, mutual understanding of ethical and cultural considerations, and transparency of information sharing about research activities.Additionally, Dwayne will lead The Fenway Institutes Community Advisory Board (CAB), a group of volunteers from the community whose mission is to present community perspectives and to provide informed commentary about the conduct of research studies, especially with regard to strategies to inform, identify, recruit and follow individuals in those studies. In his role, Dwayne will share information about the groundbreaking research studies taking place at The Fenway Institute while creating dialogues about LGBTQ and HIV/AIDS health throughout the area, and traveling to conferences to spread awareness of The Institute’s work and findings.

“We’re smarter and stronger together,” Dwayne said. “In the LGBTQ community, there are a lot of silos, and groups don’t always talk to each other. But when different agencies come together, and community members come together, we can create so much.”

Please join us in welcoming Dwayne to the Fenway family!