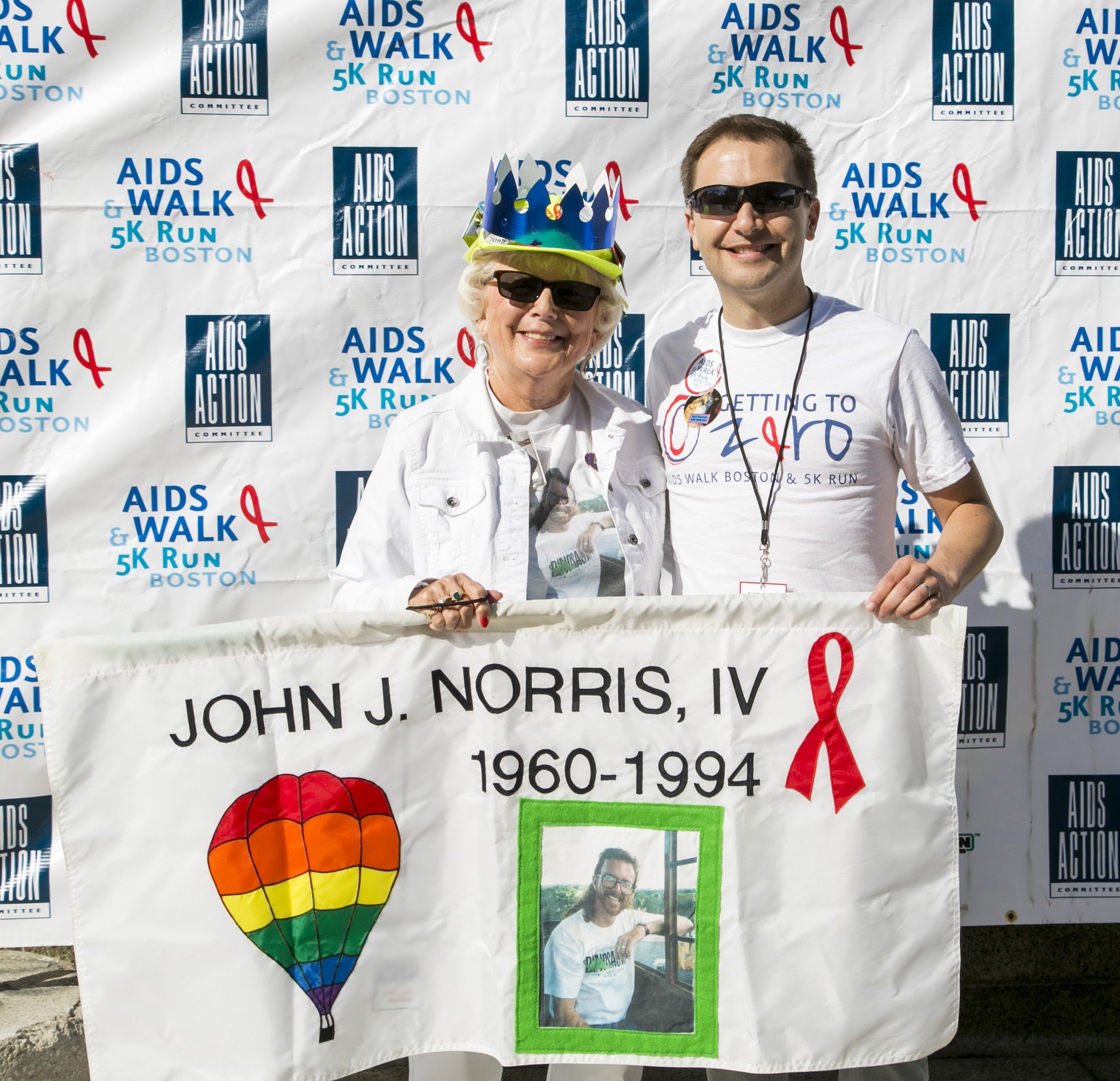 If you ask Bette Byrnes, a longtime AIDS Walk Boston and 5K Run supporter, why she still makes the trip from Florida to Boston every June, she doesn’t have to think about her answer: it’s about home and family.

“I’m from Boston originally – that’s still home,” she said. “And no matter what, I don’t want anyone to ever forget that AIDS took my son from me. In his memory, I will always walk as long as I can.”

Bette’s first AIDS Walk Boston was in 1991 – the same year that her son, John, was diagnosed with the virus.

“Even now, I still have some faithful walkers who have walked with me from the very start,” Bette said. “I write them a letter every year to remind them [about the Walk].” In fact, one of her granddaughters will be joining John’s Team this year for the 30th AIDS Walk Boston.

Bette’s dedication to AIDS Action Committee’s mission didn’t stop when the Walk was over. For ten years, she volunteered by answering phones and serving as a receptionist in AIDS Action’s former South End office. For Bette, the best part of her day was having the chance to connect in person with every client that walked through the door.

“They came in needing a smile, or even a hug sometimes,” she remembered. “If that’s what they needed, then that’s what I gave them.”

John passed away from AIDS-related complications in 1994. Despite her deep loss, Bette kept walking in Boston every year, as she knows John would have if he were still alive. Over 20 years later, Bette still walks and serves as the captain of John’s Team, which has been a top fundraising team for AIDS Walk Boston for over a decade, raising more than $500,000 for AIDS Action.

Bette hopes that causes like AIDS Walk Boston help to educate the public about the fact that, despite medical breakthroughs that have made the disease manageable for many, the AIDS crisis has not ended.

“I think many people today think that AIDS is gone, and nobody has it anymore,” Bette said. “But it’s not over. People are still getting sick; people are still dying. We can’t forget that.”

Registration is now open for the 30th annual AIDS Walk Boston & 5K Run, which will take place Sunday, June 7, 2015. This year, the Walk returns to its roots on the Boston Common. The event continues to be New England’s largest HIV/AIDS funding and awareness raiser, attracting thousands of participants who walk for different reasons, but walk together for one common cause: to support AIDS Action and its work to prevent new infections, maximize the health outcomes of those infected, and end the epidemic here in Massachusetts. Please register today to walk, run, or donate.