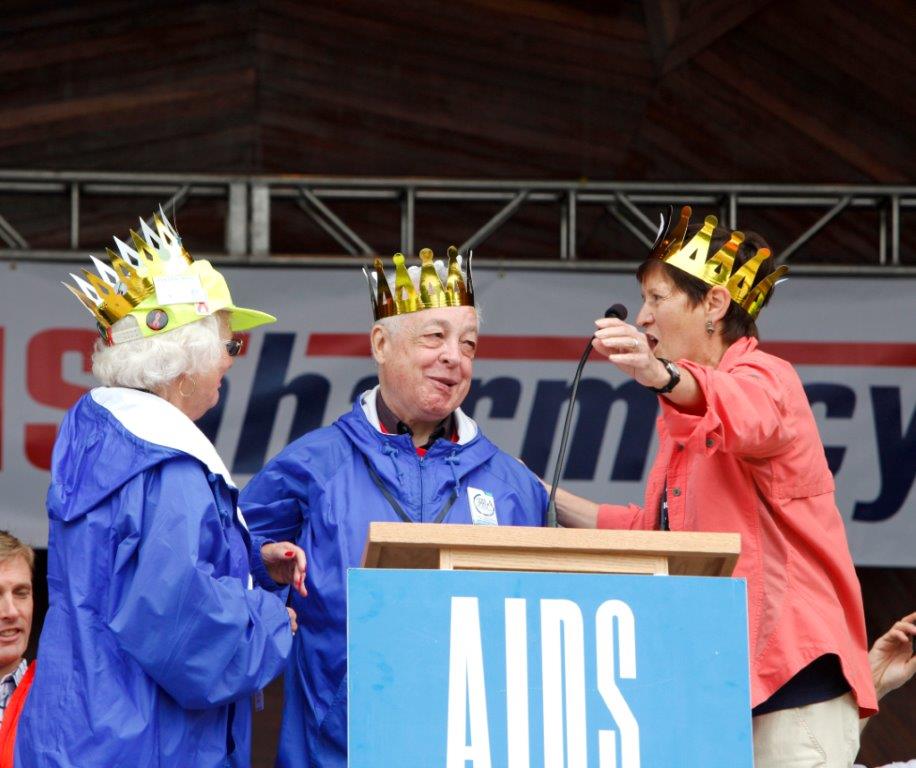 Why I Walk: Jim McDonnel

When Jim McDonnel took his first steps for AIDS Walk Boston, HIV/AIDS was greatly misunderstood and widely stigmatized. Mentions of AIDS-related deaths flooded LGBT newspapers. Entire communities were falling ill. Despite the urgency felt by those affected and their loved ones, there was still precious little federal money going towards AIDS treatment and research.

“In those days, there was so much education needed,” Jim said. “People were scared to death, but they really had no idea what AIDS was. The biggest hurdle was making people understand that it wasn’t just a disease for gay people.”

After hearing about the work the AIDS Action Committee and the AIDS Walk was doing for the community he loved, Jim knew he had to get involved.

“It’s hard to believe it’s been 30 years,” said Jim, who has been walking in AIDS Walk Boston since 1987, the Walk’s second year. During the years when he wasn’t able to physically take part in the Walk due to health complications, he focused his efforts on online fundraising, collecting tens of thousands of dollars from friends and supporters.

By 1987, AIDS had become an inescapable daily reality for Jim. “I was beginning to learn that more and more people I knew – including close friends – were positive, and were sick,” he said. “More and more of my friends were dying, and we all knew it could happen to us at anytime. We used to say: even if you weren’t infected, you were affected.”

In its early days, AIDS Walk Boston was known as From All Walks of Life, a name that struck Jim as particularly appropriate and poignant. “I remember so vividly starting the Walk from the Common, walking all the way down Commonwealth Avenue to Beacon Street, to Coolidge Corner, and back down to the Common again,” he said. “As we would turn to walk down the BU Bridge, we could see stretched across it a big banner that read ‘From All Walks of Life.’ It really hit us that, yes, we were from all walks of life – and [AIDS] hit every one of us.”

Today, Jim still looks to AIDS Walk Boston, AIDS Action Committee, and all their volunteers and supporters to continue the mission to bring together people from all walks of life to increase HIV/AIDS education and reduce stigma. “I’m very lucky to have lived all these years,” he said. “I have positive friends who are still living because of the drug treatments that have been found and the work that has been done.”

Registration is now open for the 30th annual AIDS Walk Boston & 5K Run, which will take place Sunday, June 7, 2015. This year, the Walk returns to its roots on the Boston Common. The event continues to be New England’s largest HIV/AIDS funding and awareness raiser, attracting thousands of participants who walk for different reasons, but walk together for one common cause: to support AIDS Action and its work to prevent new infections, maximize the health outcomes of those infected, and end the epidemic here in Massachusetts. Please register today to walk, run, or donate.