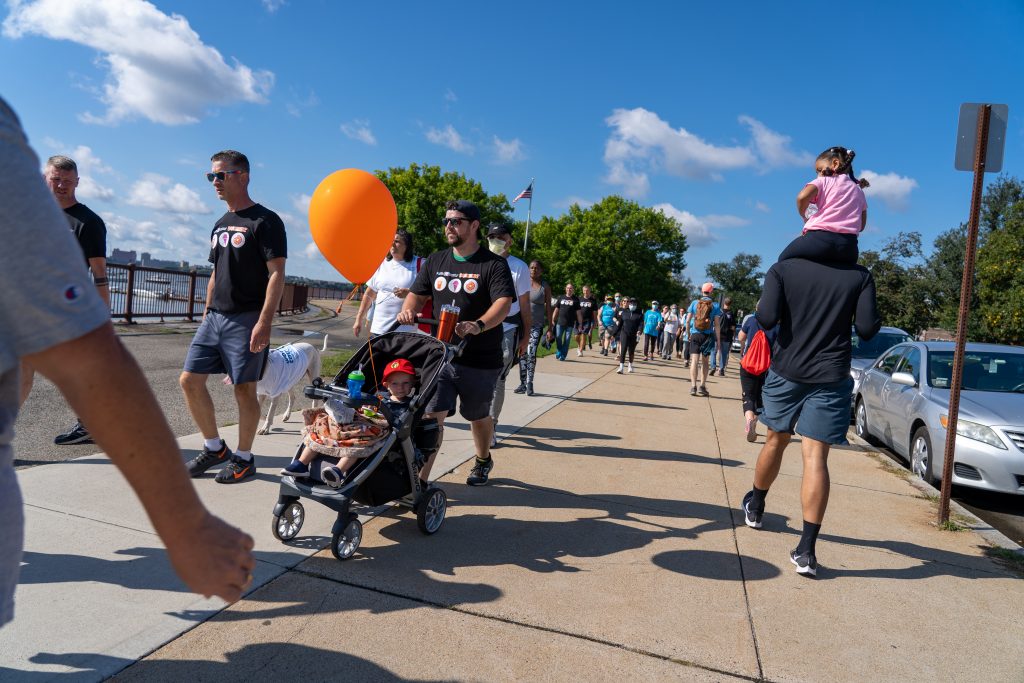 Boston, MA—October 13, 2021—The 36th Annual AIDS Walk & Run which took place on Sunday, September 26, 2021 at DCR’s Carson Beach in South Boston was a huge success. The Walk & Run attracted over 500 amazing and dedicated supporters who helped raise more than $370,000. These funds support vital care and services of Fenway Health and AIDS Action.

This year’s AIDS Walk & Run was emceed by WCVB’s Katie Thompson who kicked off the day’s program by welcoming Fenway Health CEO Ellen LaPointe, who presented the Bette Byrnes Award to The Liberty Mutual Foundation. The award was given in recognition of their support Fenway Health’s Youth on Fire and accepted by Melissa MacDonnell, the President and Founder of the Foundation. The award is given in honor of the late Bette Byrnes, a long-time Extra Mile Club Member and Gold Team Captain of John’s Team, organized in honor of her son John Norris who passed away during the early days of the AIDS epidemic. Since being formed, John’s Team has raised more than $800,000 for the AIDS Walk & Run.

The event ended with a celebration in honor and memory of those living with HIV and those we have lost. Headliner Genie Santiago was joined by other performers including CARAMELO Boston, Just JP!, Sham Payne, Sasha Stone, and Weird Autumn. Additionally, Provincetown artist Jay Critchley was on hand with Prayer Ribbons to commemorate lives lost to HIV and anti-LGBTQIA+ violence.

The AIDS Walk & Run would not be possible without our generous corporate sponsors: