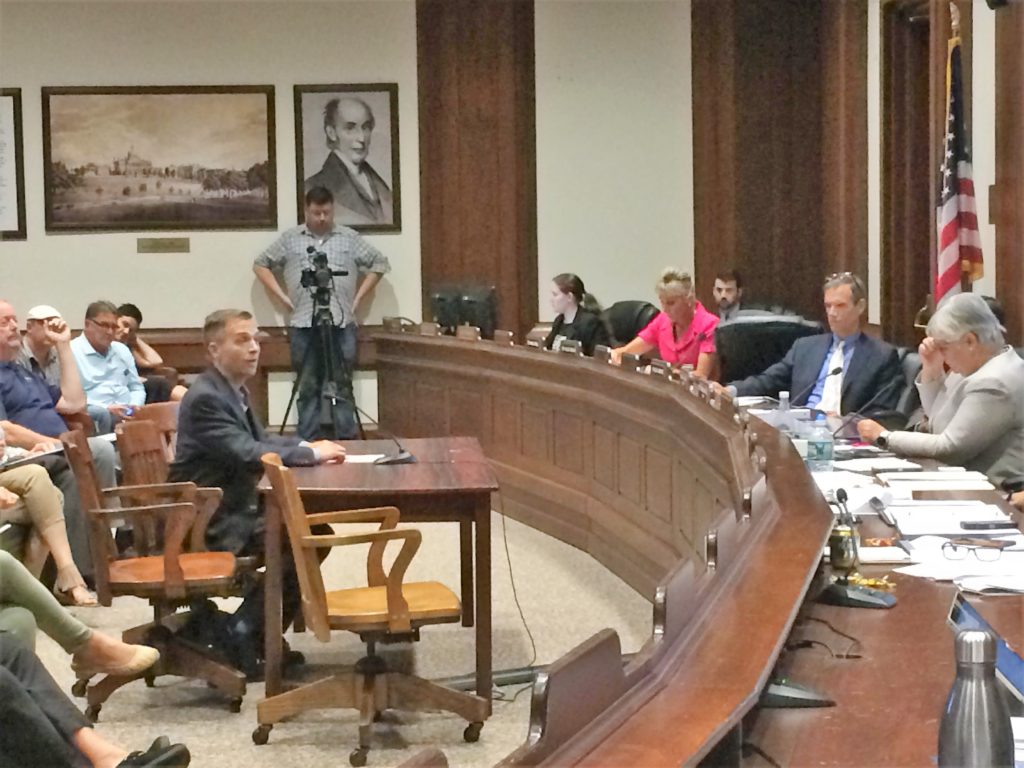 As the opioid epidemic continues to take lives (more than 2,000 Massachusetts residents last year and 13,818 since 2000), AIDS Action Committee (AAC) is supporting a measure that would make supervised injection sites (SIF) legal.

On September 6, AAC Executive Director Carl Sciortino testified before the Joint Committee on Mental Health, Substance Use, and Recovery at the State House in support of legislation that would permit public health officials to operate SIFs.

“Quite simply, in the midst of a growing opioid epidemic, this legislation will save lives,” Sciortino testified.

At SIFs, people who inject opioids can use drugs without fear of arrest. They are staffed by healthcare providers and harm reduction professionals who minimize the likelihood of an overdose and intervene immediately with medical care if someone does. Sterile injection drug kits are provided to users that dramatically reduce this risk of infection with HIV and hepatitis C.

In January, the mayor of Seattle announced that the city would open two SIFs, the first to operate anywhere in the United States. In the 1970s, the Netherlands opened the first legal SIF. During the 1980s and 1990s, additional sites opened in countries throughout Europe. In 2003, public health officials in Vancouver opened Insite, the first SIF in North America. Since its opening, there have been no deaths by overdose at the facility and healthcare providers have successfully treated 48,798 overdoses. In 2011, the Supreme Court of Canada gave Insite a permanent exemption from Canada’s drug laws and ruled that the supervised use of opioids at the facility “has been proven to save lives with no discernable negative impact on the public safety and health objectives of Canada.”

“Supervised injection facilities may seem like a radical idea to some, but so too were needle exchanges when they were established by the Massachusetts legislature over 20 years ago,” Sciortino reminded the committee.

Read AAC Executive Director Carl Sciortino’s testimony to the Joint Committee on Mental Health, Substance Use, and Recovery on Senate Bill 1081, “An Act to authorize public health workers to pursue new measures to reduce harm and stigma for people affected by substance use disorder.”