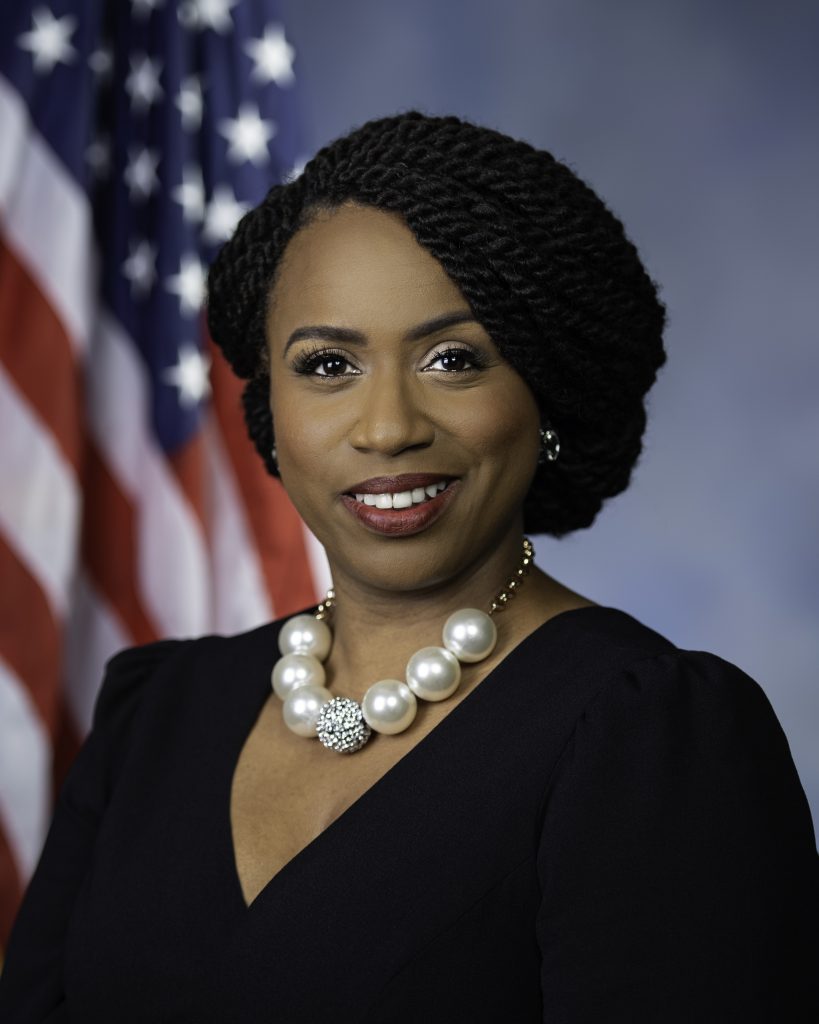 AIDS Action is pleased to announce the recipient of the 2020 Bette Byrnes Award: Congresswoman Ayanna Pressley, a fierce health care equality advocate who continues to be a powerful voice for underserved communities in D.C. and beyond.

Representative Pressley currently serves the 7th District of Massachusetts – which includes the Fenway/Kenmore neighborhoods – after winning a historic election in the 2018 midterms. Previously, she served as an at-large member of the Boston City Council. Pressley is both the first black woman elected to the Boston City Council and the first black woman elected to Congress from Massachusetts.

Pressley was first elected to the Boston City Council in November 2009. Upon being sworn in on January 4, 2010, she was the first woman of color to serve in the 100-year history of the Boston City Council. As the only woman in a field of 15 candidates, Pressley earned one of four at-large spots on the city’s 13-member council. Prior to her election, Pressley worked as an aide to Sen. John Kerry, as well as Congressman Joseph P. Kennedy II.

From day one in office, Pressley advocated for vulnerable populations. In her first year as a City Councilor, Pressley formed the Committee on Healthy Women, Families, and Communities, which addresses issues such as domestic violence, child abuse, and human trafficking. She worked collaboratively with community members to develop a comprehensive sexual education and health curriculum and update the expectant and parenting student policy. Both were successfully implemented into Boston Public Schools.

Pressley is a strong supporter of universal health care and Medicare-For-All. She has dedicated her career to eradicating poverty and fighting for the rights of underserved and marginalized communities.

Representative Pressley will be honored with the Bette Byrnes Award on October 18, 2020 during the virtual AIDS Walk Boston. For more info on the Walk, please visit walk.aac.org.