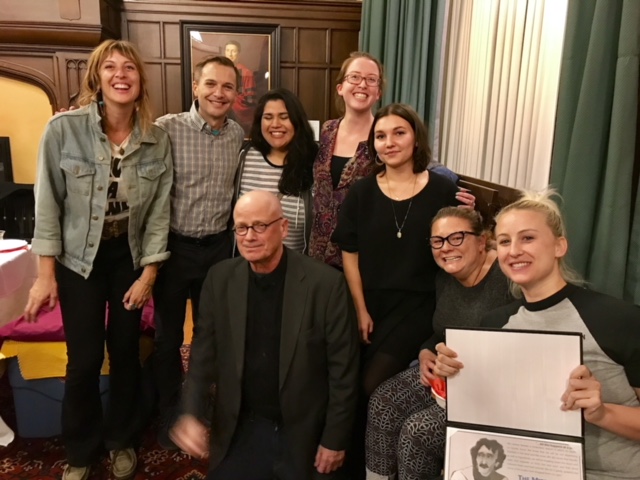 Congratulations to the teams at the Boston and Cambridge Needle Exchange programs, which received the 2017 Mitch Snyder Award from The First Church Shelter at the church’s 30th Anniversary celebration October 26.

The Mitch Snyder Award is presented annually in honor of the late Mitch Snyder, a nationally known advocate for people dealing with homelessness and poverty. During the 1980s, his activism, which included several hunger strikes to get the Reagan Administration to follow through on campaign promises, spurred nationwide action around the scandal of homelessness and poverty in the world’s richest, most powerful nation. His work was the subject of the 1986 made-for-television movie “Samaritan: The Mitch Snyder Story, starring Martin Sheen.

By presenting the award, along with a lecture, the First Church Shelter helps focus the attention of people within and outside the First Church community on critical issues related to addressing homelessness and poverty.