Change in the Streets: Pride and Justice 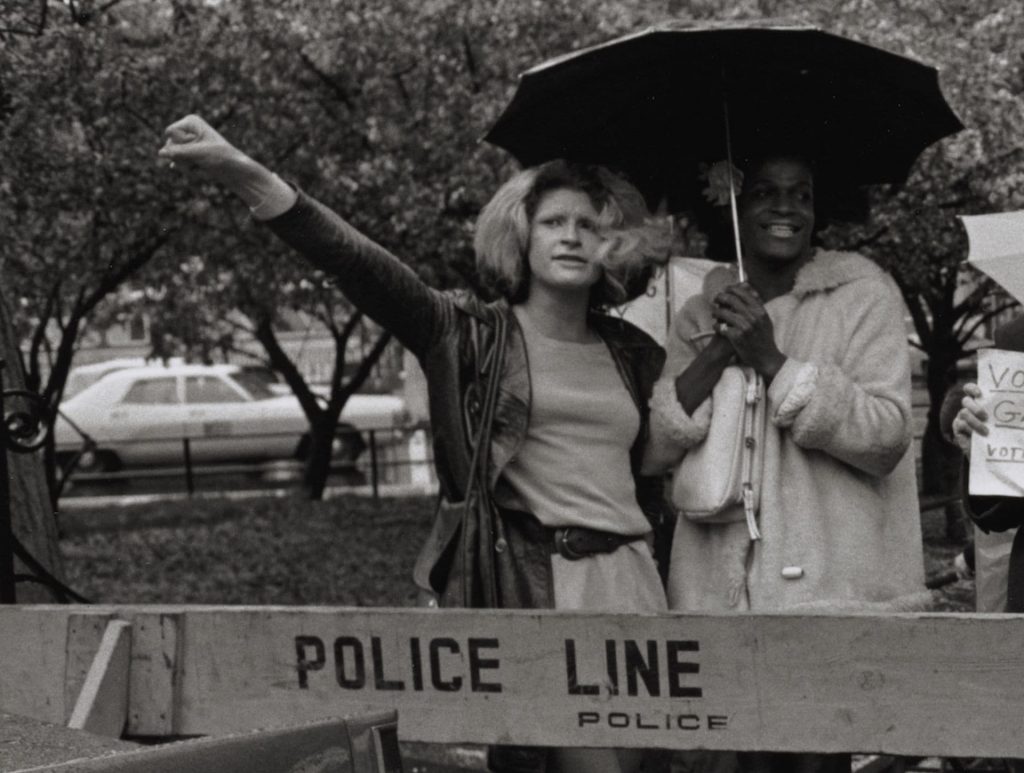 Every June, these four words serve as a reminder that the Pride season of today – the parades, parties, floats, corporate sponsorships, and rainbow merchandise – was born out of righteous anger. In 2020, it is more important now than ever that we honor the roots of Pride and the people who risked everything to demand justice 51 years ago.

Over the past few weeks, the world has witnessed the resurgence of a passionate civil rights movement on a scale not seen since the 1960’s. In America and around the globe, people are rising up to demand an end to some of the most poisonous fruits of white supremacy: police brutality, state-sanctioned violence against black and brown bodies, and centuries-old racism of the criminal justice system. The catalyst for this movement was yet another death of a black man at the hands of law enforcement, filmed and broadcast for the world to see.

The outrage, anger, and grief over George Floyd’s brutal murder in Minneapolis on May 25 catalyzed strong protest in all 50 states, demanding justice for George Floyd and the many others who have lost their lives at the hands of police, including Breonna Taylor, a black EMT shot in her bed by police, and Tony McDade, a black trans man who was misgendered repeatedly by the police and media after his death.

The media, along with police unions, politicians, and commentators, often describe these protests as “riots” in an attempt to paint protestors as aggressors. But the truth is that, starting with the Boston Tea Party, so-called riots have been a driving force behind political reform and social justice throughout American history.

This Pride Month is unlike any other. Many public Pride festivities have been cancelled or moved online due to the ongoing COVID-19 pandemic – a pandemic that has disproportionately harmed communities of color. In this context, we have an opportunity to reflect on the roots of the modern LGBTQIA+ rights movement. Real, fundamental change happens in moments like this.

The event that gave birth to this movement was the June 28, 1969 Stonewall Uprising, also known as the Stonewall Riots. On that night, the queer and trans patrons of the Stonewall Inn bar – largely people of color and homeless or street-involved youths – fought back against years of violent police raids and brutality against their community. It is impossible to talk about Pride, Stonewall, and our collective LGBTQIA+ history without naming and honoring the trans and queer people of color who led the way. It is widely believed that the patrons of the Stonewall Inn were inspired to rise up during the raid on the bar that night when Stormé DeLarverie, a biracial butch lesbian, fought back against the officer who was arresting her for “crossdressing.”

Marsha P. Johnson, a black trans woman, and Sylvia Rivera, a Latinx trans woman, were two prominent community activists who led the charge at Stonewall. Johnson and Rivera would go on to form the Street Transvestite Action Revolutionaries (STAR), a gay, gender non-conforming, and transgender street activist organization. Johnson and Rivera spent their entire lives fighting for the most marginalized in LGBTQIA+ community.

Five decades after Johnson, Rivera, DeLarverie, and so many others took to the streets to demand an end to police brutality and justice for their community, we are witnessing another generation of activists doing the same. We repeat: real, fundamental change happens in moments like this. At Fenway Health, we honor the legacy of Stonewall with our commitment to mission and justice-seeking work every day. And, during Pride and far beyond it, remember this: