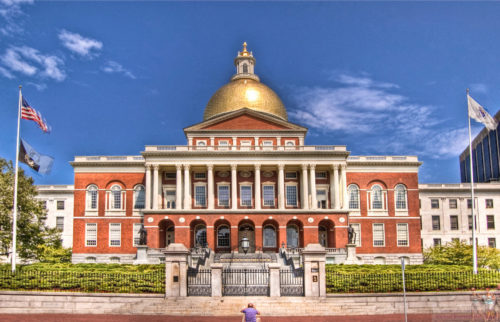 Massachusetts for Supervised Consumption Sites, a coalition of community members and experts, will gather at the State House to launch a push on October 22 for a groundbreaking bill that would establish supervised consumption sites in Massachusetts. Supervised consumption sites, a method of harm reduction growing in popularity, especially outside of the U.S., are sanctioned facilities where people can consume pre-obtained drugs under supervision and be connected to care and treatment services.

In 2017, there were 1,977 opioid overdose fatalities in Massachusetts, and supervised consumption sites are designed to prevent these deaths. In Australia, the Sydney Medically Supervised Injecting Centre was the site of over 56,000 injections within its first 18 months of operation – and of 56,000 injections, there were no fatal overdoses. In addition to providing immediate emergency response when overdoses occur, supervised injection sites also provide injection-related first aid, exchange and disposal of needles, access to services like counseling and substance use treatment, and linkage to healthcare and other wrap-around services.

A highlight of the October 22 event will be a presentation by Québec’s Ministère de la Santé et des Services sociaux (Québec Department of Health and Social Services), which has overseen the successful implementation of supervised consumption sites in the province of Québec. Dr. Horacio Arruda, Québec’s National Director of Public Health and Assistant Deputy Minister, will provide a presentation about the province’s experiences in this matter.

While the short-term goal of the legislation to establish safe consumption sites is to prevent overdose deaths, the long-term goal is to provide people who use drugs with increased access to healthcare, including services to meet them where they are, help them reduce harm in their use of drugs, and stop using drugs when they are ready.

“Humans don’t respond productively to stigma and shame,” said Meghan Hynes, former Director of the ACCESS Drug User Health Program at AIDS Action. “When people are treated with dignity and when their decisions are met with respect rather than ridicule, they become invested in their own healthcare choices.” A 2014 study of people who used drugs at a supervised consumption facility in Denmark found that 58% of participants reported enrolling in treatment.

Massachusetts for Supervised Consumption Sites members include healthcare providers, people who use drugs, and HIV- and Hepatitis C-focused organizations, the latter a reflection of the growing number of HIV and Hepatitis C cases that have been associated with unsafe injection of drugs.

“The coalition is diverse because the people impacted by this issue are diverse,” said Corey Prachniak-Rincón, Director of the Massachusetts Commission on LGBTQ Youth, which supports supervised consumption sites. “For example, LGBTQ youth in Massachusetts are almost six times as likely as others to use heroin, and those disparities are even higher among LGBTQ youth of color. People may not always think about this as an LGBTQ issue, or a racial justice issue, or an economic justice issue, but it is.”

The event will take place on October 22, 2019, at 11:00 am in Room 222 of the State House. Dr. Arruda’s presentation on Québec’s experiences will begin the day, followed by a panel that will feature Somerville Mayor Joe Curatone, Retired Arlington Police Chief Fred Ryan, Dr. Jessie Gaeta, Activist Cheryl Juaire, and members of the Boston User’s Union. It will be hosted by Representatives Dylan Fernandes and Tami L. Gouveia.