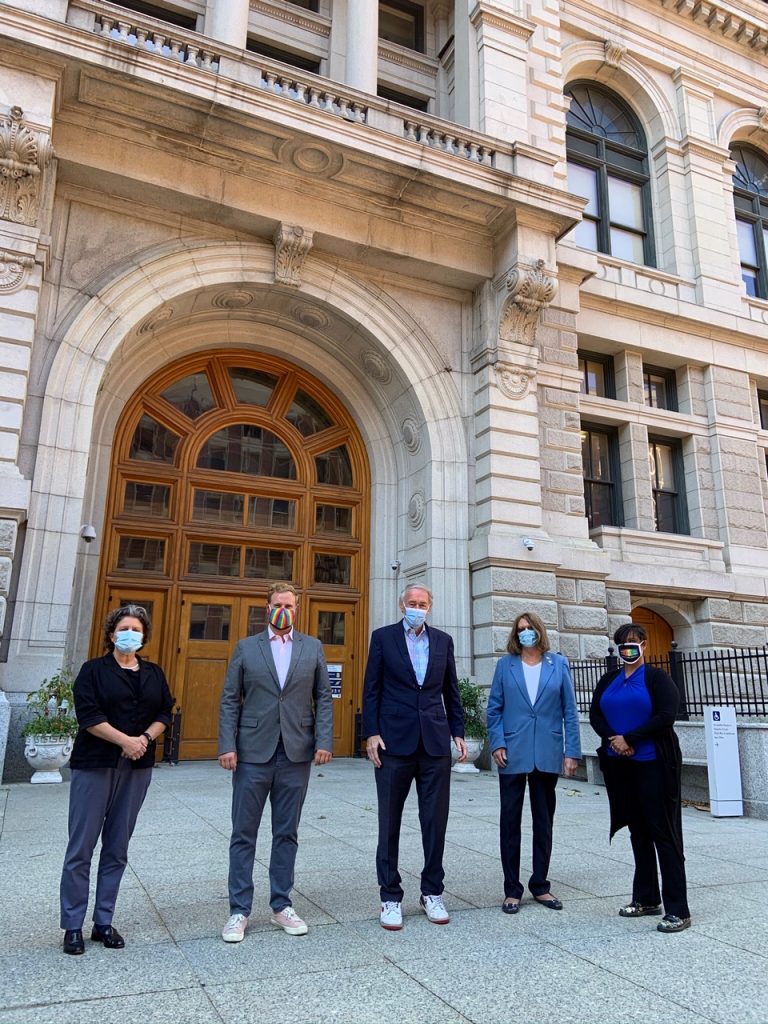 On October 11, Senator Edward Markey held a press conference outside the John Adams Courthouse in honor of National Coming Out Day. As the Senator noted, this year’s observation falls three weeks before the Presidential election and during a contentious debate over President Trump’s Supreme Court nominee Judge Amy Coney Barrett. The outcome of both of these events could have major ramifications for the LGBTQIA+ community, BIPOC people, reproductive rights, and health care. Sen. Markey called the nomination of Amy Coney Barrett to the Supreme Court a “direct attack” on the LGBTQIA+ community. Fenway Health CEO Ellen LaPointe spoke at the press conference alongside other local LGBTQIA+ leaders about the threat posed by a second Trump term and a conservative majority SCOTUS.

“There is simply nothing in Judge Barrett’s  words or actions to suggest that she recognizes the full humanity of LGBTQIA+ people, members of the BIPOC community, immigrants, people living with disabilities, or others who rely on the courts to safeguard their basic human rights when policies and systems are built to deny them,” said LaPointe. “Judge Barrett has repeatedly demonstrated through her record in the Seventh Circuit and her ideologically driven writings and speeches that she is likely to vote decisively against access to health care, reproductive health and freedom, transgender rights, marriage equality, immigration, voting rights, and criminal justice reform. All of these are LGBTQIA+ issues.”

“The Court will be making important decisions in the current term and in the years to come that that will have profound implications for LGBTQIA+ people, especially LGBTQIA+ people who are members of the BIPOC community,” she added. “We are at risk of losing decades of hard-won progress, and the potential harm to the people we serve, our families, friends, and loved ones is immeasurable.”

“It has never been more important for us all speak up, to fight together for equitable and just systems, to build our collective resilience, and to retain our hope and belief in a better world,” said LaPointe.