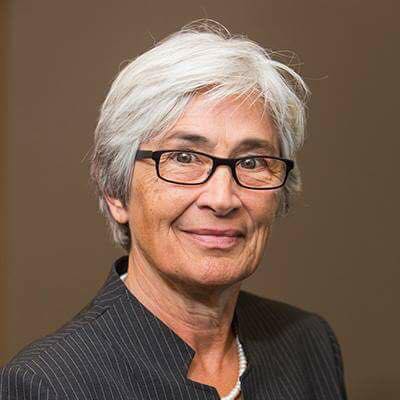 The Special Issue is Dedicated to Bradford, who died earlier this year

A special issue of LGBT Health guest edited by Fenway Health’s Sean R. Cahill, PhD and Judith B. Bradford, PhD has been published focusing on the latest research, clinical practice innovations, and policy aimed at addressing disparities and enhancing healthcare for older LGBT populations. The issue, published by Mary Ann Liebert, Inc., is dedicated to Dr. Bradford, who passed away earlier this year after a battle with cancer.

“Judy was a leader in LGBT aging and LGBT health research. She was also my friend and colleague and is missed by many. Dedicating this issue to her is a tribute to her leadership and vision on LGBT health and equality issues,” said Cahill, Fenway’s Director of Health Policy Research.

Bradford joined Fenway’s staff in 2000 as the Director of Lesbian Health Research, and when The Fenway Institute was launched in 2001, Bradford was named Co-Chair alongside Kenneth H. Mayer, MD. She played a key role in building a framework for LGBT-focused research and teaching, and was the first research scientist to head a National Institute of Health (NIH ) funded population studies center focused on sexual and gender minority health.

Bradford was a key influencer of NIH policy as a member of the Council of the National Institute of Minority Health and Health Disparities and had the distinction of serving on the first Institute of Medicine (IOM) panel focused on lesbian health 20 years ago. She was also key in the IOM’s recent landmark report on sexual and gender minority health disparities and was a mentor to numerous members of the next generation of LGBT health researchers, as well as an activist, mother, scientist, wife, and adventurer.

The special issue is available free on the LGBT Health website. Included is an article titled “Health Indicators for Older Sexual Minorities: National Health Interview Survey, 2013–2014,” in which Christina Dragon, MSPH, Centers for Medicare & Medicaid Services Office of Minority Health (Baltimore, MD) and coauthors from NORC at the University of Chicago (Bethesda, MD), KPMG (McLean, VA), and The Fenway Institute (Boston, MA) explored differences between older sexual minorities and heterosexuals across multiple health indicators. The researchers found better outcomes or health-related behaviors among sexual minorities for some of the indicators, but sexual minorities were more than twice as likely to report binge drinking compared with their heterosexual peers.

Stuart Michaels, PhD, NORC at the University of Chicago, IL and colleagues from NORC and the Centers for Medicare & Medicaid Services coauthored the article titled “Improving Measures of Sexual and Gender Identity in English and Spanish to Identify LGBT Older Adults in Surveys.” They demonstrated that efforts to identify LGBT older adults may be hindered by language-related obstacles among non-LGBT Spanish speakers who might have difficulty understanding terms used to designate sexual identities.

“This special issue of LGBT Health highlights innovations in research, practice, and policy to improve healthcare and services for LGBT older adults. The articles in the issue contribute to our understanding of health disparities and resiliencies in these populations, and suggest ways to improve care and integrate support services to ensure healthy aging,” says Cahill. “The timing of this special issue is important, as the federal government is rolling back sexual orientation and gender identity nondiscrimination regulations and data collection.”