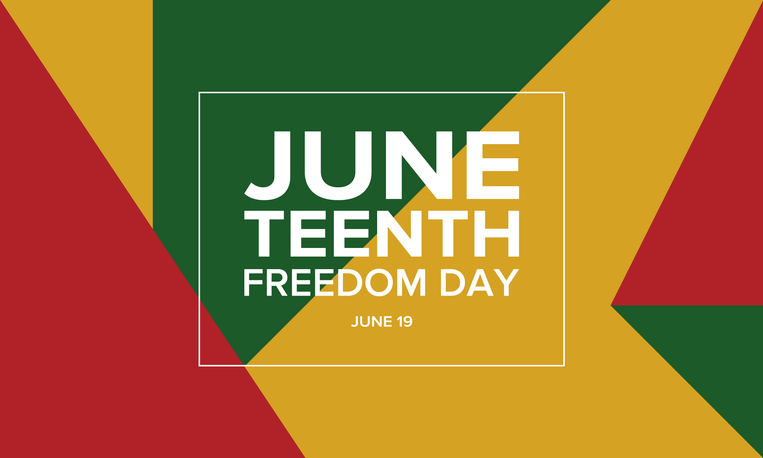 This Friday, June 19 marks the annual observance of Juneteenth Independence Day. Known more commonly as Juneteenth, this day marks the anniversary of the June 19, 1865 abolition of slavery and emancipation of enslaved people across Texas and the former Confederate states. In honor of the countless people who suffered under the cruelty of slavery and the many who rose up and fought for their freedom, Juneteenth is observed nationwide as a celebration of African American history and heritage.

American history books often paint an overly simplified, rose-colored picture of abolition: Lincoln made his Emancipation Proclamation, the Union won the Civil War, and the horrors of slavery ended. But the truth – a truth that Black Americans have long known and White Americans are finally beginning to face – is that the system of slavery never truly ended: it just changed forms.

Mass incarceration, police brutality, voter suppression, educational inequity, health care disparities, and redlining are examples of the many insidious forms slavery has taken in America, and some of the ways that racist policies remain ingrained in our laws and societal structure.

In recent weeks, America has begun a long overdue conversation about this legacy of violence and discrimination against our Black citizens. The horrendous murders of George Floyd, Breonna Taylor, Tony McDade, and most recently, Rayshard Brooks, have inspired hundreds of thousands to take to the streets to demand an end to police violence and the complete overhaul of a law enforcement system rooted in White supremacy. These issues are not new, nor are the deaths of Black and Brown people at the hands of police. What is new—and hopefully, here to stay—is the national awareness that none of it is acceptable.

This Juneteenth and far beyond it, we at Fenway Health encourage you all to join us in recommitting to fight for Black Lives and demand meaningful change to eliminate the scourge of racism. There are so many things we can all do: Donate to anti-racist causes, lobby lawmakers for police reform, attend a virtual or in-person protest, shop at Black businesses, share Black art, lift up Black voices, and support Black leadership locally and nationally. For non-POC community members, this also means doing the work to confront racism within our families, our social circles, and ourselves. Let us march forward together toward a better world.