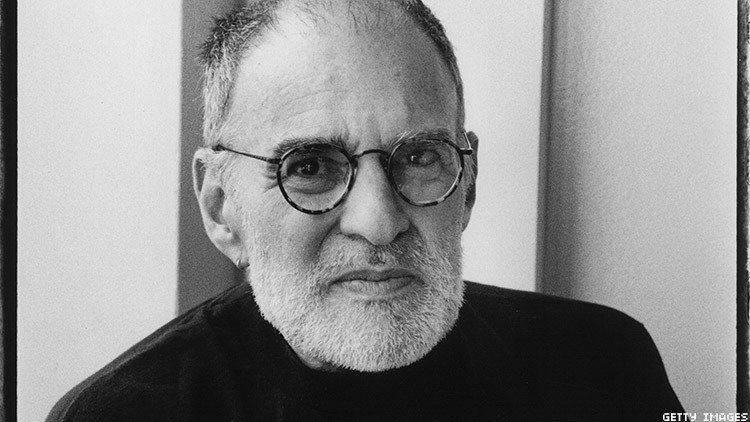 Larry Kramer, lifelong AIDS activist, playwright, and icon of the LGBTQIA+ community, passed away Wednesday at the age of 84. Kramer was renowned for his passionate, uncompromising work during the height of the AIDS epidemic.

He was a co-founder of the Gay Men’s Health Crisis (GMHC), which began in 1981 when a group of gay men met in Kramer’s apartment to discuss the then unknown new illness in their community. A simple support hotline was formed, which over the years has grown into one of the world’s leading HIV/AIDS service organizations. Kramer, who was also an author, playwright, and screenwriter, wrote the Tony Award-winning play, The Normal Heart based on his experiences during the founding of GMHC.

Kramer’s blunt and confrontational style of activism was often controversial. His fellow GMHC directors eventually forced him out of the group over concerns that his aggressive approach was harming GMHC’s image. This did not deter Kramer’s activism; he continued to be a leading and outspoken voice in the HIV/AIDS community right up until his death.

Fenway Health is saddened to hear of Kramer’s passing. We owe him a great debt for his work, as does the entire LGBTQIA+ and HIV/AIDS communities. We’d like to offer our condolences to his husband, friends, and family, as well as these words of remembrance:

“We have lost a brilliant, irascible, exacting, uncompromising, eloquent, principled, fierce, ferocious, one-of-a-kind world-changer. Thank you, Larry. May your memory be a blessing – and an inspiration to us all to keep fighting.” – Ellen LaPointe, CEO

“I am living with HIV today largely because this man fought for my right to live. Larry Kramer, founder of #ACTUP, unleashed a movement, screaming from the top of his lungs for people to fight an emerging pandemic at a time when our government couldn’t care less about the deaths of thousands of mostly gay men. We lost a generation, but many more live today because of his unabashed activism. Rest In Peace, Larry.” – Carl Sciortino, Vice President of Government & Community Relations

“He was a brilliant man, contrarian, but accomplished so much, as a writer, educator, and activist. He was very generous in spirit. AIDS Action Committee held the first community conference in Boston during the bad old days and he had no direct connection with us, but was invited as the keynote speaker, and he came up to Boston, and was brilliant, spending time hanging out with everyone. I have had many contacts with him since then around research, and always found him forward thinking, clever, funny, albeit a bit irascible.” – Kenneth Mayer, MD, Medical Research Director, Co-Director of The Fenway Institute

“For a young person coming out in the mid-1980’s like me, Larry Kramer was a hero, such a force to be reckoned with. He raged against the Reagan administration and many institutions whose actions were harming gay people, called out complicity and complacency anywhere and everywhere, and was not afraid to take unpopular stands that cost him dearly even as they benefited others. All of us in the LGBTQIA+ community owe him an enormous debt of gratitude. Given his diagnosis in 1989, it felt miraculous that he survived this long, and he made such use of his time, calling all of us to account. A complicated and even difficult person in some ways, who also had amazing vision and passion and even flashes of gentleness within him. He changed the world. We owe him so much.” – Jane Powers, LICSW, Chief of Staff, Executive VP of Strategic Initiative”

“It’s fitting that we learned of Larry Kramer’s passing on the day that we learned that 100,000 Americans have lost their lives to COVID-19. Nearly 40 years ago, when much of our society and our government reacted to the HIV/AIDS epidemic with fear, prejudice, silence and inaction, Larry and five other gay men came together to form Gay Men’s Health Crisis (GMHC), one of the world’s first HIV/AIDS organizations. We are grateful to Larry for his vision in standing up to prejudice and indifference and for his tenacity in holding our government accountable to provide health care for all, including those most marginalized. We extend our deepest condolences to his husband, David Webster, and his other family and friends. “Silence = Death. Action = Life.” – Sean Cahill, PhD, Director of Health Policy Research at The Fenway Institute

Rest in peace and power, Larry.