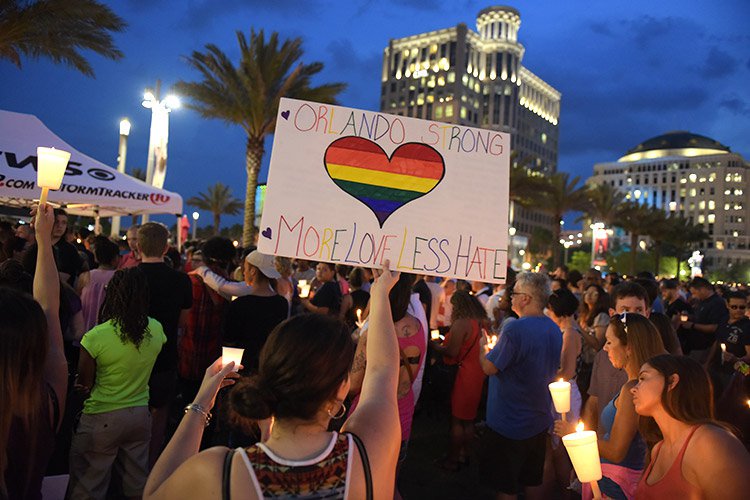 A new report shows that anti-LGBTQ and HIV+ hate violence continues to be a serious issue.

LGBTQ people and those living with HIV have long been disproportionately targeted for discrimination, hatred, and violence. While much progress has been made in recent years towards equality and hate crime legislation, these marginalized communities are still victimized at disturbing rates. To combat this violence, we must first ensure that it is properly documented.

A new report by the National Coalition of Anti-Violence Programs (NCAVP) outlines the types and patterns of hate violence experienced by LGBTQ and HIV-affected Americans in 2016. The report was co-authored by researchers from anti-violence organizations across the country, including Cara Presley, Violence Recovery Program Manager at Fenway Health.

The report notes a total of 77 hate violence related homicides of LGBTQ and HIV- affected people in 2016. This includes the 49 lost during the shooting at Pulse Nightclub in Orlando, Florida in June of 2016, which was the deadliest mass shooting in US history. Most of the victims of the Pulse shooting identified as LGBTQ and Latinx – people who experienced multiple intersections of oppression.

Other than the lives lost at Pulse Nightclub, NCAVP recorded 28 anti-LGBTQ homicides, which is an increase of 17% from 2015. The majority of these victims were people of color and transgender/gender non-conforming. Most victims were also under the age of 35.

The NCAVP recorded information on 1,036 incidents of hate violence in 2016, compiled from 12 anti-violence organizations across the country. The majority of these survivors identified as gay, were below the age of 39, or were people of color. The most common forms of hate violence were verbal harassment, threats or intimidation, and physical violence. There was a marked increase in harassment experienced via the internet or phone.

Another disturbing trend outlined in the report is the revictimization of survivors by law enforcement. Of those who interacted with law enforcement after experiencing violence, 35% of survivors said that the police were indifferent and 31% said the police were hostile towards them. Of these, 52 survivors reported that they experienced police misconduct after the initial incident of violence, including excessive force, unjustified arrest, entrapment, and raids. The report added that black survivors were 2.8 times more likely to experience excessive force from police.

It’s also important to note that victims of hate violence are not always targeted by strangers. In fact, 58% of those who reported this violence knew the person. Offenders included landlord, neighbors, relatives or family members, employers, co-worker, and ex-lovers or partners. Understanding the many ways hate violence takes shape, who perpetrates it, and who it hurts is critical to stopping it.

“The NCAVP LGBTQ Hate Violence in 2016 report serves as a reminder of the ongoing and necessary work conducted by community-based organizations, policy makers, funders, first responders, healthcare professionals, and community members in order to ensure safety for all of our communities,” the report reads. “NCAVP documents this violence in order to amplify the experiences of LGBTQ and HIV-affected survivors and victims, increase public awareness, dialogue, and research in order to create the conditions to end violence against LGBTQ and HIV-affected communities.”