Tegan And Sara Foundation Launches With Focus On LGBTQ Women 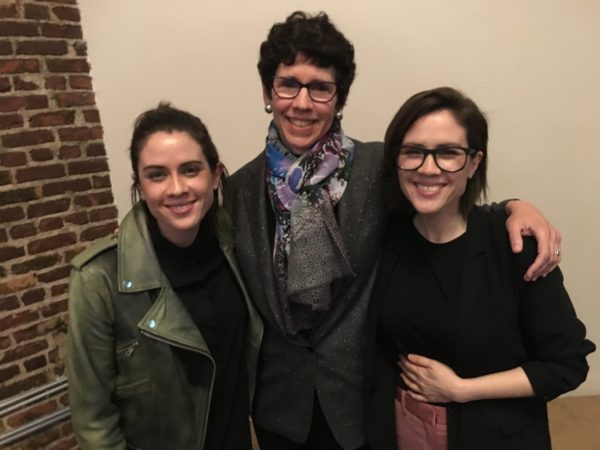 Musicians Tegan and Sara, sisters who are as well known for their hit song as they are for being out and proud lesbians, have launched a new philanthropic effort called the Tegan and Sara Foundation. On January 18, Fenway Health was among a number of LGBTQ and women-focused nonprofits who attended the Foundation’s Hollywood inaugural convening “Uniting For LGBTQ Girls And Women.” The event served as the Foundation’s official launch.

According the Foundation’s website, “The Tegan and Sara Foundation works for economic justice, health, and representation for LGBTQ girls and women. We work in partnership and solidarity with other organizations fighting for LGBTQ and women’s rights, raising funds and awareness. Our mission is founded on a commitment to feminism and racial, social and gender justice. We are fighting the inequality that prevents LGBTQ girls and women from reaching their full potential.”

The Foundation sites a number of health and economic disparities experienced by LGBTQ women, including high rates of poverty and homelessness, particularly among women of color and transgender women. Research has also shown that LGBTQ women face higher rates of obesity, gynecological cancer, depression, suicide and substance abuse, and are less likely to have health insurance.

At the Foundation’s launch, Fenway’s Director of Women’s Health Jennifer Potter, MD, spoke on a panel around inclusive and equitable health care. Joining Dr. Potter on this panel was Dr. Leslie Kantor of Planned Parenthood and Jessica Halem, MBA, of Harvard Medical School. Other topics discussed throughout the day included LGBTQ representation in the media, intersectionality, and economic justice.

“It was amazing to see people from so many different sectors come together to share their expertise,” said Dr. Potter. “The conversation was woman-focused, putting lesbian, bisexual women, transgender women, and queer women front and center, which isn’t always the case in the larger LGBTQ community. The overall message was clear: we need to help LGBTQ women go from simply surviving to thriving.”

Fenway Health looks forward to future opportunities to work with the Tegan and Sara Foundation.