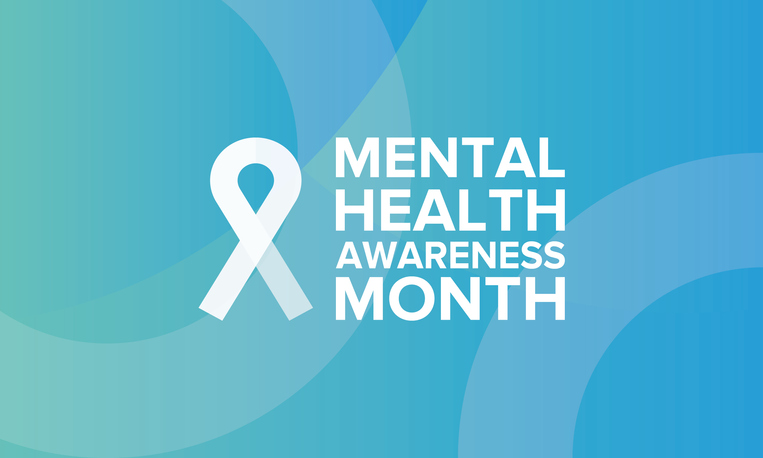 May is Mental Health Awareness Month, also known as Mental Health Month. It has been observed each May in the United States since 1949. It has never been more important than now to recognize that mental health is an essential component to one’s overall health and wellbeing, and that mental illnesses are common and treatable.

While it may be that some of us are more vulnerable than others, everyone faces challenges in life that can impact their mental health. After all, just a few months ago, none of us had any idea that all our worlds would be upended by the coronavirus, and that worry, isolation, loneliness, depression and anxiety would become collective experiences shared by literally everyone. By virtue of our birthright, as human beings none of us are immune. We’ve written a guide to Mental Health in the Age of COVID for this very reason, and to help share important information with our community. Perhaps this collective experience of living with the emotional and psychological impacts brought on by COVID will help cultivate not only more awareness of mental health issues, but more compassion too. One can hope.

According to the National Institute of Mental Health (NIMH), mental illnesses are commonplace, with nearly one in five adults in America living with a serious mental illness. One-half of all chronic mental illness begins by the age of 14, with three-quarters by the age of 24. An estimated 17.3 million adults in the United States had at least one major depressive episode. An estimated 31.1% of adults will experience an anxiety disorder at some time in their lives. Approximately 7.9 million adults have co-occurring mental health and addiction disorders.

A 2012 study from the Institute of Medicine found that nearly one in five older Americans has one or more mental health or substance use conditions. According to 2018 data from the Center for Disease Control and Prevention and reported by the American Foundation for Suicide Prevention, adults in the 75-84 and 85 and older age groups are among those with the highest rates of suicide.

For LGBTQ people, stigma and discrimination – part of what is known as “minority stress” – can take a terrible toll on mental health. According to the National Alliance on Mental Illness, LGBTQ individuals are more than twice as likely as their heterosexual peers to suffer from a mental health condition such as major depression or generalized anxiety disorder, and LQBTQ people are at higher risk than the general population for suicidal thoughts and attempts.

LGBTQ youth are particularly at risk for negative mental health outcomes. The CDC reports that LGB youth seriously contemplate suicide at almost three times the rate of heterosexual youth, and are almost five times as likely to have attempted suicide.

While raising awareness, we also want to show appreciation this month and all year long for the talented, creative and dedicated Fenway Health Behavioral Health staff who provide vitally important treatment, care and support to individuals living with mental illness or struggling with active addictions, survivors of domestic violence and sexual assault, and individuals coping with food insecurity, housing instability and other social stressors. We could not be more grateful for the response, adaptation, innovation and resiliency that the Behavioral Health Team has demonstrated by providing uninterrupted care to our patients and clients during these hardest of hard days.

Mental Health Awareness Month provides a timely reminder that that mental health is essential and that those living with mental health issues are deserving of care, understanding, compassion, and pathways to hope, healing, recovery, and fulfillment. After all, that is what we all want and need now more than ever– for ourselves, for our loved ones, for our communities, and for our world.