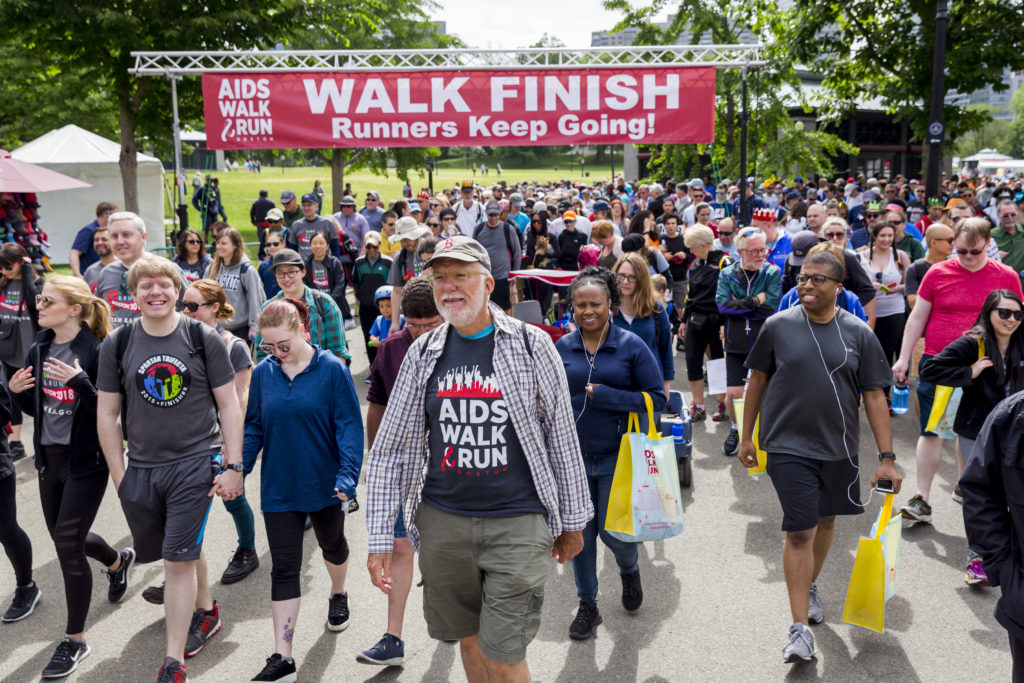 The 33rd Annual AIDS Walk & Run Boston took place Sunday, June 3 under beautiful skies on Boston Common. 5,000 walkers, runners, donors, volunteers, their families and friends came together to help raise more than $600,000 in cash and pledges for the programs and services of AIDS Action Committee, as well as to support members of the statewide Getting to Zero Coalition in their pledge to end HIV by 2020. AIDS Walk & Run Boston is New England’s largest HIV/AIDS fundraising awareness event.

“We’ve made great progress toward the goal of zero new HIV infections in Massachusetts, but anticipated state and federal funding cuts to services for the most vulnerable among us threaten to undo those gains,” said AIDS Action Executive Director Carl Sciortino. “The same is true of state and federal health care policy. Transgender women have some of the highest HIV rates and yet we’re facing a ballot initiative in the Commonwealth that would enable discrimination against them in healthcare settings as well as federal efforts to roll back a rule preventing discrimination against transgender people by health insurers and care providers. The money and public awareness raised by AIDS Walk & Run Boston are critical countermeasures to whatever funding cuts and policy changes may come our way.”

WCVB TV Channel 5 Anchor Randy Price served as the event’s emcee and Boston Mayor Marty Walsh was among those who addressed the crowd. Before the Walk, AIDS Action presented Dunkin’ Donuts with the Bette Byrnes Award, which recognizes an individual or group that goes above and beyond to promote HIV/AIDS education and awareness within the community, with special consideration given to those promoting sexual health within youth groups. The award is named for a longtime supporter of AIDS Action Committee and a top fundraiser for AIDS Walk & Run Boston until her passing last year.

Dunkin’ Donuts was recognized for their support of Youth on Fire, AIDS Action’s program for homeless and street-involved youth, through their foundation, Joy in Childhood, and their commitment to educating their team about the importance of AIDS Action’s work. They were also recognized for their support of AIDS Walk & Run Boston as official Breakfast Sponsor and through their Walk team Inspire, which has raised $25,000 over the past two years. Dunkin’ Donuts President Dave Hoffman accepted the Award on the company’s behalf.

AIDS Action Committee of Massachusetts is New England’s largest provider of services to people living with HIV/AIDS and populations at risk of infection. AIDS Action leads the state’s Getting To Zero Coalition, which seeks to reduce the number of HIV infections to zero and operates a needle exchange that serves as an entry point to healthcare services for active substance users. In 2013, the AIDS Action Committee of Massachusetts became a part of Fenway Health, which works to make life healthier for the people in our neighborhoods, the LGBT community, people living with HIV/AIDS and the broader population.