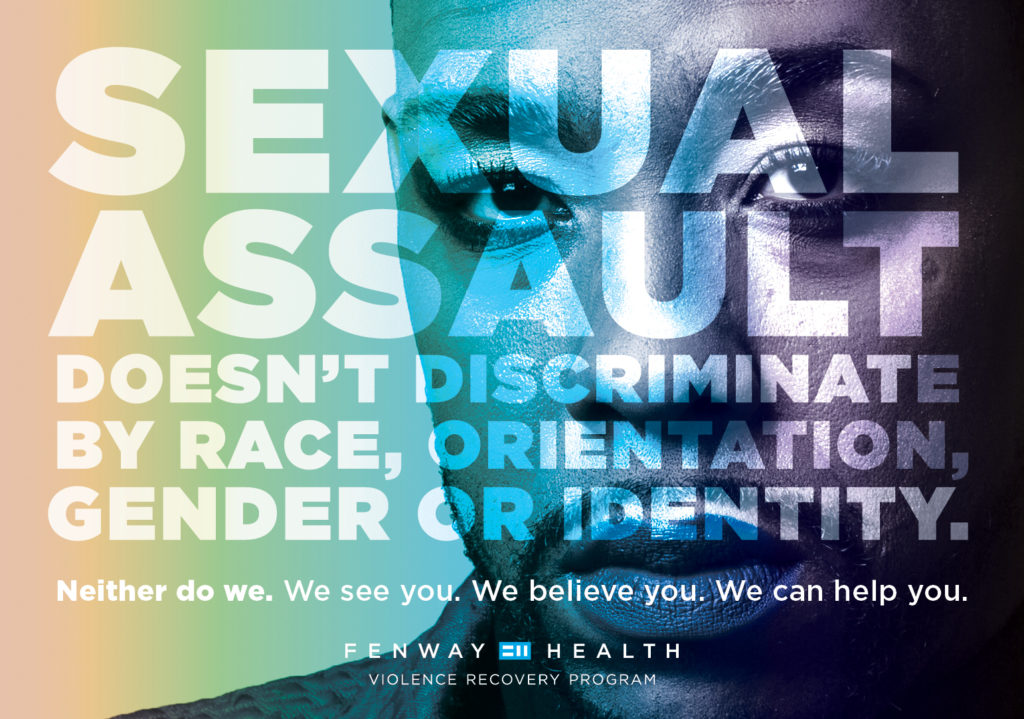 The #MeToo movement has proven to be truly revolutionary. The testimonies of countless courageous survivors have marked a major turning point in the national conversation around sexual assault. Indeed, the power of #MeToo lies in its amplification of voices that for too long have been silenced. It shows the strength in visibility and the potential for real, systematic change when people are given a platform to tell their stories.

While this epidemic is finally getting the long overdue attention it needs from lawmakers, celebrities, and everyday people, the unique experiences of LGBTQ (lesbian, gay, bisexual, transgender and queer) survivors, whom studies have shown are disproportionately victimized by sexual violence, are often left out of the narrative. The lack of LGBTQ visibility in our culture needs to change to truly empower survivors and enact societal change in the way we think about sexual assault.

Numerous studies over the past two decades indicate that members of the LGBTQ community suffer disproportionate rates of sexual victimization compared to the general population. Sexual and gender minorities, like other minority groups, are more likely to experience sexual assault, sexual harassment, physical assault and stalking. According to the CT Community Nonprofit Alliance, 40% of gay men and 47% of bisexual men report experiencing sexual violence in their lifetime, and lesbian and bisexual women are three times more likely to experience sexual violence. The 2015 U.S. Transgender Survey found that 47% of transgender people are sexually assaulted at some point in their lifetime.

LGBTQ survivors are less likely to report these experiences to law enforcement, due to perceived homophobic and transphobic bias in the criminal justice system. And when LGBTQ people do seek support services, those services are often designed for heterosexual clients, furthering isolating and traumatizing LGBTQ survivors.

With the launch of our #UsToo campaign, the Violence Recovery Program (VRP) at Fenway Health seeks raise awareness and to affirm the experiences of LGBTQ survivors of intimate partner and sexual violence. Our goal is to give a voice to survivors whose experiences are less acknowledged in mainstream media. By using ad imagery depicting a diverse range of people, we strive to highlight the reality that sexual violence can, in fact, happen to anyone.

The VRP at Fenway Health is proud to offer affirming and culturally competent services to assist individuals who identify as LGBTQ who have experiencedsexual abuse, sexual assault, sexual harassment, or hate crime victimization. For victims of sexual assault – including women who’ve been abused by women, trans, and male survivors- the VRP provides LGBTQ-specialized support through free counseling and advocacy.

With locations in Boston, Cape Cod, Fall River, and Western Massachusetts, the VRP is able to see clients across the state. For more information on the VRP services or to become a client, please visit fenwayhealth.org/ustoo, or call 1-800-834-3242.

This project was supported by Grant No. 2015-UD-AX-001 awarded by the Office on Violence Against Women, U.S. Department of Justice. The opinions, findings, conclusions, and recommendations expressed in this publication/program/exhibition are those of the author(s) and do not necessarily reflect the views of the Department of Justice, Office on Violence Against Women