Why I Walk: Eileen MacDougall 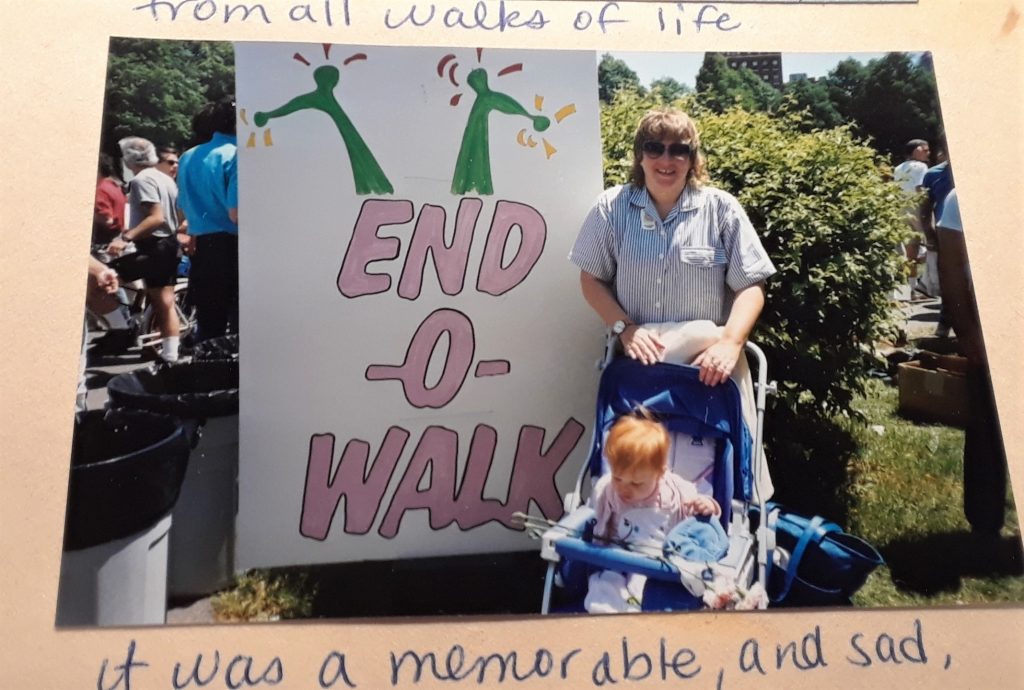 Eileen MacDougall participated in her first AIDS Walk in 1988, pushing her young daughter in a stroller the whole way and feeling supported and encouraged by the walk’s convivial spirit. Now, 32 years later, Eileen is a veteran volunteer for AIDS Action and AIDS Walk — only taking a year off in 2009 to watch that same daughter graduate from college.

Eileen’s passion for LGBTQIA+ issues began in the late 1970s in San Francisco, California — a time she described as a “paradise” of acceptance and inclusion. Following the untimely deaths of many of her colleagues, Eileen felt inspired to participate in AIDS Walk Boston a few years later. Eileen raised $70 her first year, and remembers “really feeling like I was doing something” and contributing to an important cause. But in 1988, as Eileen recalls, there was also “this underlying terror, especially among the gay men who were walking, of ‘Am I next?’” It was both the joyful spirit of the walk and this deep concern that inspired Eileen to continue walking the following year.

After walking again in 1989 and missing some of the camaraderie of the year before, Eileen wrote a letter to AIDS Action, with the idea of grouping volunteers into teams to walk together. She never received an official response, but the following year, there was a new option to register as a team. Today, as a course marshal, Eileen loves seeing the banners and signs of Walk teams and cheering them by name, and the excitement and motivation this teamwork brings to all. 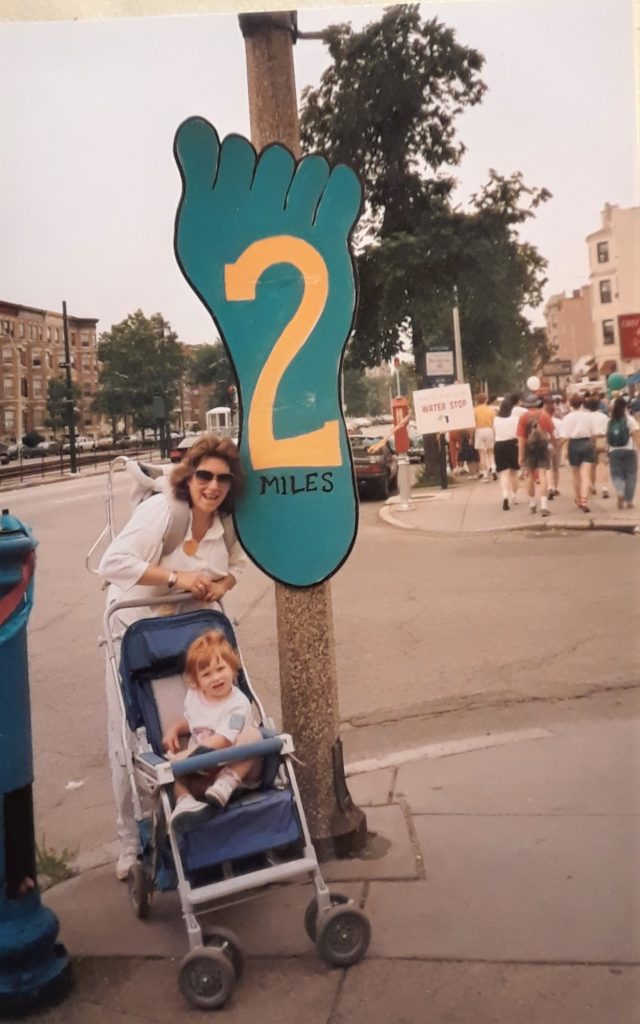 Eileen had become a passionate supporter of AIDS Action by the early 1990s, when AIDS Action made a huge difference in her own life. After a devastating job loss, Eileen volunteered at the AIDS Action office while she looked for a new job. She fondly remembers “the spirit in the office, and being around people who were paid and volunteering was just such a great team.” She recalls how much it meant to her to be in an environment that “supported me and gave me a place when I needed one.”

Following years of walking, Eileen volunteered with Picnic to help make peanut butter and jelly sandwiches for the walkers as they returned.  — “the walkers just swarmed us, because there was no other food going on,” she said. She remembers fondly “the kind of fun and slap-happiness of devising the most efficient way to create thousands of sandwiches,” and still regards it as one of her favorite AIDS Walk memories.

After moving to Walk registration for a few years, and now as a course marshal, Eileen has continued to be a passionate supporter for AIDS Action. Over her 32 years of involvement, Eileen has helped promote the mission of AIDS Action and become a part of our Walk family. 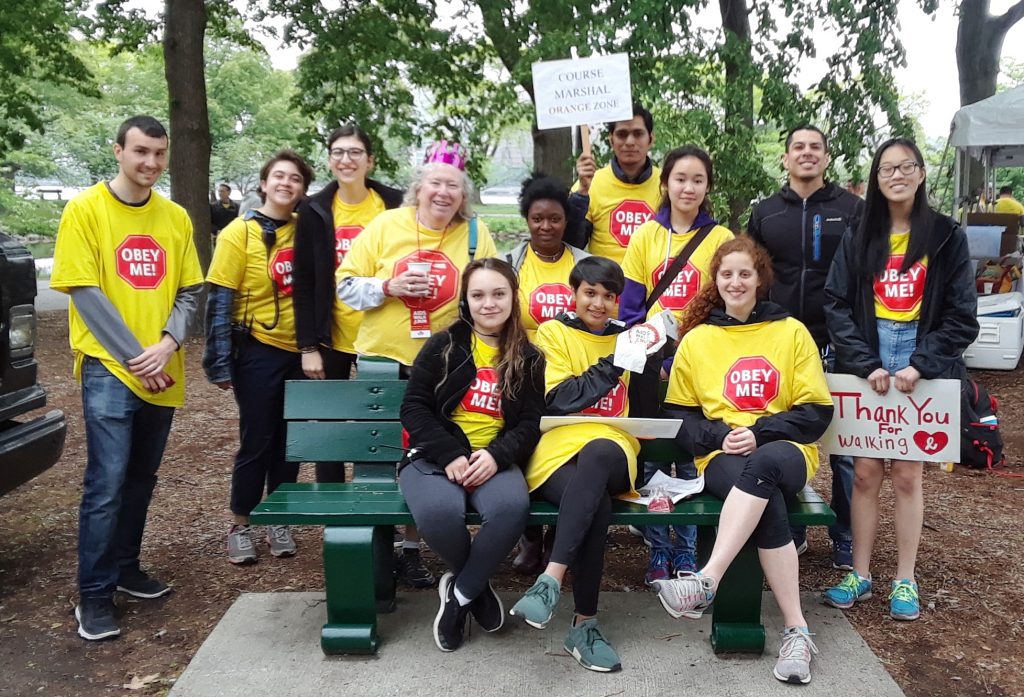 Register today to join Eileen in the fight against HIV/AIDS.