Biden-Harris Administration commits to reversing anti-LGBTQIA+ health care policy in response to 2020 lawsuit filed by Fenway Health and eight other plaintiffs; but more needs to be done 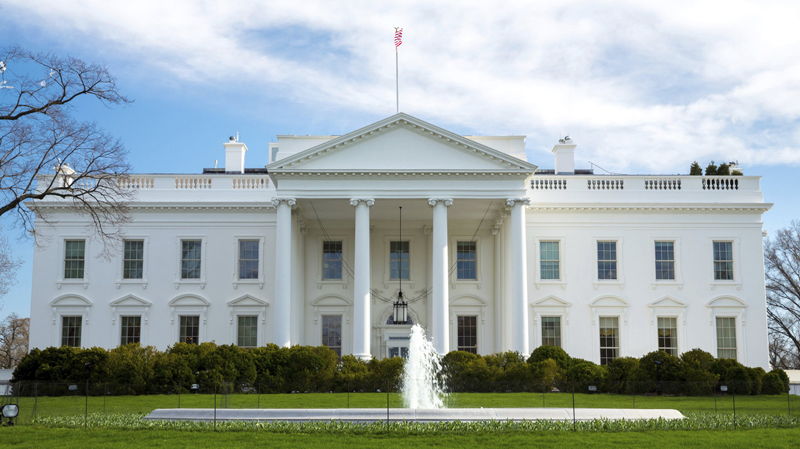 BOSTON, May 11, 2021— The U.S. Department of Health and Human Services (HHS) announced yesterday that it will enforce nondiscrimination provisions in Section 1557 of the Affordable Care Act (ACA) that prohibit discrimination in health care on the basis of sexual orientation and gender identity. The announcement came just minutes ahead of a scheduled hearing before the U.S. District Court for the District of Massachusetts in BAGLY v. HHS, a lawsuit filed in 2020 by nine plaintiffs, including Fenway Health. The lawsuit challenges the legality of the Trump Administration’s Rollback Rule, which eliminated those protections and other nondiscrimination provisions for people who are living with HIV and other chronic illnesses; people who have obtained or are seeking reproductive health care, including abortions; and language access for patients with limited-English proficiency, including immigrants. The lawsuit also alleges that the Rollback Rule improperly reduced the number of health-related entities, such as health insurance companies, that have to comply with non-discrimination provisions.

“This is an important and much welcomed first step in dismantling the incredibly harmful Rollback Rule,” said Fenway Health CEO Ellen LaPointe. “Discrimination on the basis of sexual orientation or gender identity negatively affects the health and well-being of LGBTQIA+ people, and discrimination in health care prevents people from accessing essential health care. But much more needs to be done to ensure that everyone – including the most marginalized and at-risk people in our communities – is afforded the same rights and access to healthcare. To do this, every destructive provision in the Rollback Rule must be rescinded.”

In BAGLY v. HHS, plaintiffs asserted that the Rollback Rule improperly interprets Section 1557, including by ignoring legal precedent. Most notably the Rollback Rule ignored the June 15, 2020 U.S. Supreme Court ruling in Bostock v. Clayton County holding that it is unconstitutional to fire employees based on sexual orientation or gender identity. In that ruling, issued four days before the Rollback Rule was published, the Court stated unequivocally that when “sex” is defined as the “biological distinctions between male and female”—which is how the Rollback Rule defined sex—discrimination on the basis of transgender status and sexual orientation constitutes unlawful discrimination “on the basis of sex.” The Rollback Rule went into effect in August 2020, although a federal district judge blocked provisions related to sex from being implemented because they likely violated the Bostock ruling.

Plaintiffs also asserted that the Rollback Rule violated the Administrative Procedures Act by being contrary to law, arbitrary and capricious, and a violation of the Equal Protection Clause of the 14th Amendment. Additionally, plaintiffs asserted that the Rollback Rule would embolden providers and others working in healthcare settings to discriminate, harm, and deny care to LGBTQIA+ patients and people seeking reproductive health care, further stigmatize abortion and other pregnancy-related care, harm patients with limited-English proficiency, including immigrants, and harm people with HIV and other chronic illnesses. The Complaint also points out that the Rollback Rule creates confusion about the scope of protections against discrimination under federal law and interferes with providers’ ability to communicate a full range of treatment options to their patients, which violates the informed consent and ethical standards to which health care professionals must adhere.

Anti-LGBTQIA+ discrimination in health care is widespread, correlates with poorer health and well-being for LGBTQIA+ people, and makes LGBTQIA+ people less likely to access health care. LGBTQIA+ people who are Black, Indigenous, Latinx, Asian or belong to other racially minoritized communities experience higher rates of discrimination in health care settings. Since 2011, the Joint Commission, a nonprofit organization that accredits hospitals and other health care organizations, has required sexual orientation and gender identity nondiscrimination policies in health care institutions as a criterion for accreditation. The American Medical Association, American Psychological Association, National Association of Social Workers, and other health professional associations have endorsed the necessity of sexual orientation and gender identity nondiscrimination policies. Many of these groups submitted public comment opposing the Trump Administration’s Rollback Rule.

In addition to the immediate harm caused by denying medically appropriate health care to transgender youth, a 2020 study by researchers from The Fenway Institute and Massachusetts General Hospital and published in Pediatrics showed that lack of access to gender affirming health care increases the odds of lifetime suicidal ideation. A 2021 study by researchers at The Fenway Institute published in LGBT Health found that frequent exposure to media coverage related to the filing of anti-transgender bills was associated with 18 percent increased odds of being depressed and 26 percent increased odds of experiencing anxiety.

“A core principle at the heart of our mission is that health care is a right, not a privilege. Everyone deserves high quality health care that is delivered with compassion,” LaPointe added. “We are gratified that the U.S. Department of Health and Human Services has affirmed its commitment to enforcing nondiscrimination provisions, but we are compelled to call on the Biden-Harris Administration to do more to ensure that no one is denied access to care because of their sexual orientation, gender identity, prior access to abortion, HIV status, or limited proficiency in English.”

On May 10, after HHS announced that it would enforce nondiscrimination provisions in the ACA, a lawyer representing the federal government also told the Court that HHS intends to issue a notice of proposed rule making to rewrite the Rollback Rule. However, HHS did not indicate the scope of that notice of proposed rule making or when it would happen. Because the issues in the case are broader than what the Biden-Harris Administration announced today, the lawsuit will continue, with the Court now scheduled to hear the government’s motion to dismiss on June 3, 2021 at 2:30 PM.