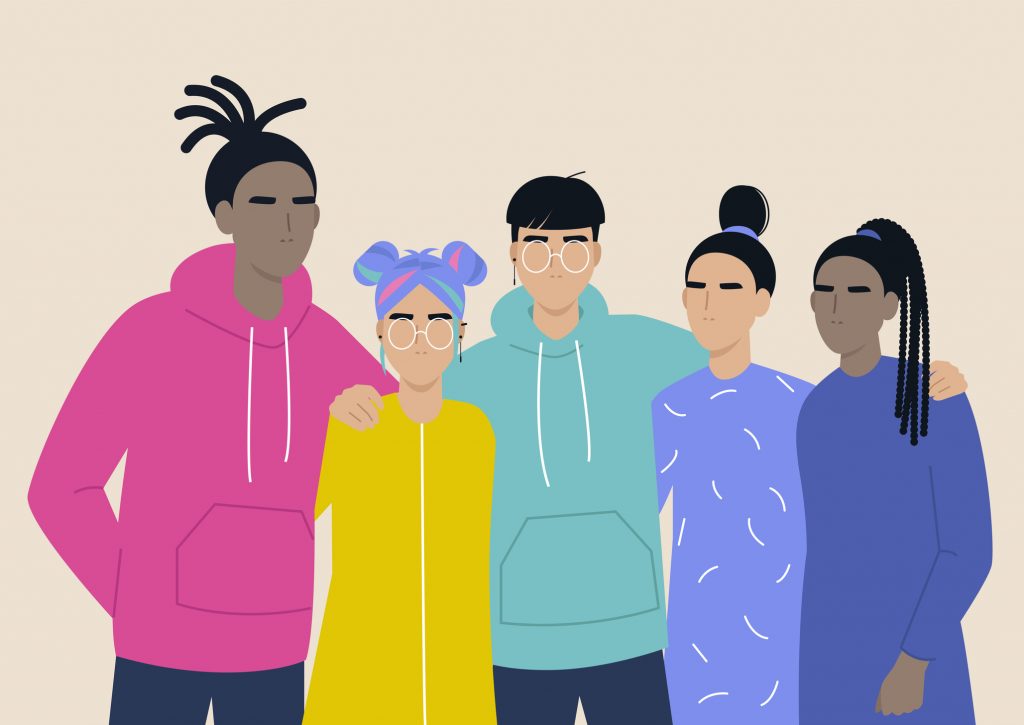 October 11 marks National Coming Out Day, an annual celebration of the courage exhibited by those living openly as LGBTQIA+. It is also an opportunity to raise awareness about LGBTQIA+ issues.

National Coming Out Day was first celebrated in 1988 based on the idea that the most basic form of LGBTQIA+ activism was coming out to family, friends, and colleagues. October 11 was chosen as the anniversary date of the 1987 March on Washington for Lesbian and Gay Rights. People in 18 states participated that first year and by 1990 it was being commemorated in all 50 states and internationally.

Coming out can often be a liberating experience. A study from the University of Montreal showed that lesbian, gay, and bisexual adults who are out have lower stress hormone levels and fewer symptoms of anxiety, depression, and burnout than those who are not. Many people also find new friends, chosen family, and a sense of belonging as they more a part of the larger LGBTQIA+ community.

Everyone’s journey is an individual one, though, with some being more difficult than others. This can be especially true for young people who may face rejection by parents or other family members and friends. According to a publication on youth homelessness from The Fenway Institute’s National LGBTQIA+ Health Education Center, 20 – 45% of youth experiencing homelessness are LGBTQIA+. The majority of them report running away from or being forced out by their families because of their sexual orientation or gender identity.

According to a research brief from The Trevor Project, support from others can be a protective factor in decreasing the risk of negative mental health outcomes for LGBTQIA+ young people and research has found a link between outside support and reduced risk of suicide attempts in lesbian, gay, and bisexual youth. Unfortunately, many of the recent anti-LGBTQIA+ bills in consideration across the country would make it more difficult for trusted adults to provide that support in a meaningful way.

Florida’s “Don’t Say Gay Bill”, which was recently signed into law, hopes to prevent teachers and school staff that young people might turn to for support and guidance from having discussions about LGBTQIA+ issues. A spate of anti-transgender bills introduced across the country would limit access to supportive healthcare, participation in school athletics, and increase stigma and discrimination, leading to negative physical and mental health impacts. Recent threats against hospitals providing care for transgender youth, including at Boston Children’s Hospital, can further serve to limit attempts by young people and their families to seek care and support.

These issues are further compounded for BIPOC LGBTQIA+ young people. A report on LGBTQIA+ youth of color in Boston from The Fenway Institute, BAGLY, and Boston GLASS found that 40% experienced depression and anxiety nearly one out of every five months and that 20% had attempted suicide in a twelve-month period.

One of the most important things family and friends who are not LGBTQIA+ can do to participate in National Coming Out Day is to be good allies. Three ways to do that include:

For many LGBTQIA+ people, National Coming out Day is a joyous occasion. For some others, the idea of coming out can provoke anxiety. If you are looking for resources to help with your own coming out journey, The Trevor Project’s Coming Out Handbook and HRC’s Coming Out resources page have helpful tips and information, including inspirational coming out stories and messages from people of all ages.

We hope that this year’s National Coming Out Day is a meaningful one, however you choose to celebrate it and we invite everyone to join us over the next year in affirming the LGBTQIA+ people in your life, helping to defeat harmful legislation, and working to advance equality.