During third year in office, Trump Administration expanded discriminatory policies and practices that are harming the health and well-being of LGBTQIA+ people in America and around the world 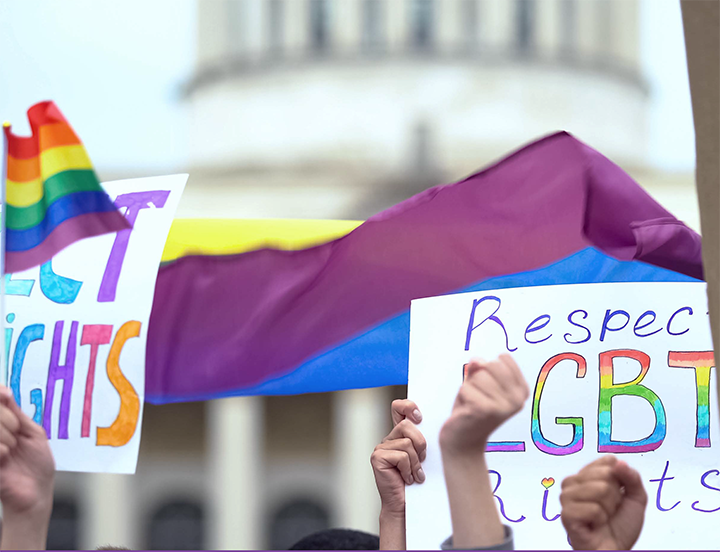 BOSTON, January 23, 2020—Today, The Fenway Institute of Fenway Health released a policy brief demonstrating that in 2019, the Trump Administration dramatically expanded upon discriminatory, anti-LGBT policies implemented in 2017 and 2018 that are harming the health and well-being of LGBTQIA+ people in America and around the world.

“During Donald Trump’s third year as president, we moved from worrying that anti-LGBT policies would harm people to seeing the damage of these policies in action,” said Sean Cahill, PhD, Director of Health Policy Research at The Fenway Institute. “The most dramatic examples have been the deaths of two transgender women seeking asylum in the United States who were detained in facilities currently being sued for their alleged abuse of LGBT migrants. Other moves have made LGBT people and people living with HIV much more vulnerable to discrimination in health care, social services, employment, education, and access to basic government services.”

Much of the harm LGBT people are now experiencing is the result of discriminatory actions that target them, such as rolling back sexual orientation and gender identity nondiscrimination provisions in health care, employment, and housing while expanding discriminatory religious refusal policies. But other policies that are not specifically aimed at LGBT people, such as restricting asylum hearings in the United States only to people who have been denied asylum in another country, and the maltreatment of people in border detention facilities, have disproportionately affected LGBT people from Central America seeking asylum to escape anti-LGBT violence.

In June, a transgender woman from El Salvador, who spent six weeks in a detention center in New Mexico that has been sued by the ACLU for creating “unconscionable conditions” for LGBT immigrants, died after being hospitalized for chest pain. The woman, a nurse, had repeatedly asked for an IV solution or, barring that, water, salt, and sugar so she could make and administer her own solution, but was denied medical care.

Two initiatives by the Trump Administration aimed at improving the conditions of LGBT people around the world and ending the transmission of HIV have been undermined by the administration’s own anti-LGBT policies.

During his 2019 State of the Union address, President Trump announced the Ending the HIV Epidemic Initiative, a new plan to end the HIV epidemic by 2030 with increased investments in outreach and prevention to communities hit hardest by HIV. But the campaign does little to address anti-LGBT discrimination and stigma, which are the underlying drivers behind the HIV epidemic among the most disproportionately affected populations in this country. Meanwhile, the Trump Administration’s work to uphold religious refusal protections, repeal nondiscrimination protections for LGBT Americans, and other such actions may actually increase discrimination against LGBT people, creating additional barriers to success for the HIV initiative.

In February 2019, the Trump Administration announced that it would launch a global campaign to end the criminalization of homosexuality as it is still a crime in 70 countries around the world, with 13 of them allowing for the death penalty. Since the announcement, the Trump Administration has been inconsistent in implementing its policy. While the US State Department publicly condemned anti-LGBT laws and actions in Chechnya and Brunei, it has been silent on similar anti-LGBT actions taken this year by Saudi Arabia, Qatar, and Kenya. The U.S. Ambassador to Zambia, who criticized the imprisonment of a gay couple there for 15 years, was told to leave the country by Zambia’s president, and was recalled by the U.S. State Department last month.

Other examples of actions taken by the Trump Administration in 2019 that undermine the health and well-being of LGBT people and people living with HIV include:

The policy brief, “In its third year in office, the Trump Administration dramatically expanded discriminatory anti-LGBT policies” can be read here.

Since 1971, Fenway Health has been working to make life healthier for the people in our neighborhoods, the LGBTQIA+ community, people living with HIV/AIDS and the broader population. The Fenway Institute at Fenway Health is an interdisciplinary center for research, training, education and policy development focusing on national and international health issues.