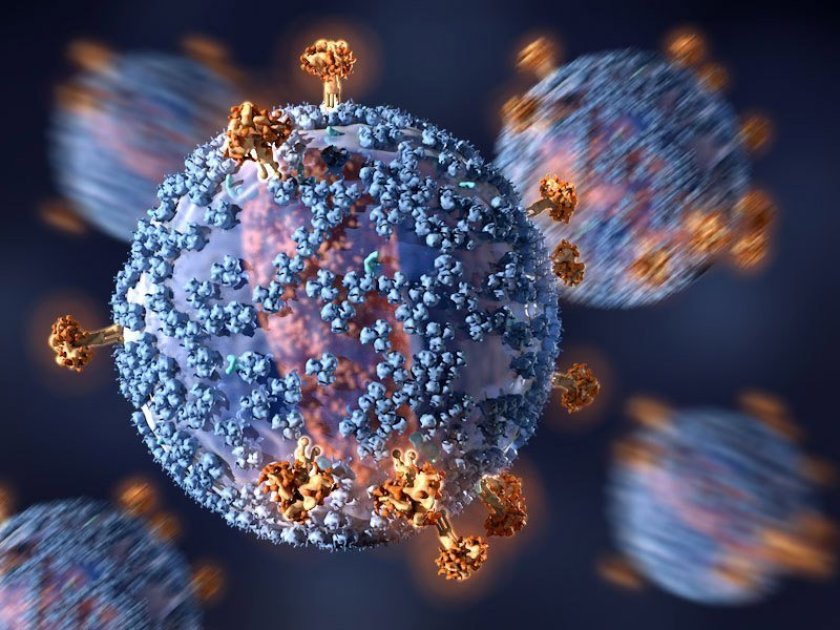 SEATTLE, WA – JANUARY 26, 2021 – The proof-of-concept AMP studies demonstrated that a broadly neutralizing antibody (bnAb) called VRC01 was effective at preventing the acquisition of HIV strains that were sensitive to the bnAb. This was assessed by a laboratory test that measures a virus’ susceptibility to neutralization by an antibody. The two studies (HVTN 704/HPTN 085 and HVTN 703/HPTN 081) opened in April 2016 and successfully enrolled 4,623 participants. The AMP studies are sponsored and funded by the National Institute of Allergy and Infectious Diseases (NIAID), part of the National Institutes of Health. The studies are conducted jointly by the HIV Vaccine Trials Network (HVTN) and HIV Prevention Trials Network (HPTN).

The Fenway Institute served as a trial site for the AMP study from May 2016 to November 2019, enrolling 75 participants over the course of the trial.

The NIAID Vaccine Research Center (VRC) isolated VRC01 in 2010 from the blood of a person living with HIV and subsequently manufactured the antibody for the AMP studies. Data from the AMP studies were reported today at a press conference hosted by the 4th International HIV Research for Prevention Conference (HIVR4P). VRC01 was 75% effective at preventing acquisition of HIV strains that were susceptible to the bnAb (in vitro sensitivity to the antibody had an IC80 of <1 μg/ml) in women vulnerable to HIV acquisition in sub-Saharan Africa, and in men and transgender persons vulnerable to HIV acquisition in South America, Switzerland and the United States.

However, intravenous administration of VRC01 at eight-week intervals over 20 months did not significantly reduce HIV transmission overall in either trial. Investigators found that only 30% of the HIV strains circulating in the regions where the trials were conducted were sensitive to VRC01. VRC01 did not prevent acquisition of resistant HIV strains (in vitro sensitivity to the antibody had an IC80 of >1 μg/ml), which were able to escape neutralization by the antibody and cause infection. Similar to what was observed with first-generation antiretroviral drugs such as AZT to treat HIV, resistance to VRC01 exhibited by a majority of circulating HIV strains resulted in the inability of this single bnAb to prevent HIV acquisition over time in the two study populations.

Susceptibility to VRC01 of the HIV strain to which a person was exposed was the key determinant of how well the antibody worked to prevent HIV acquisition. Among participants who acquired a VRC01-sensitive HIV strain during the trials, the HIV incidence rate was 0.2 per 100 person-years for VRC01 recipients and 0.86 per 100 person-years for placebo recipients. Results were similar in the HVTN 704/HPTN 085 trial conducted among men and transgender persons in the U.S., Switzerland and South America (exposed primarily to subtype B variants) and in the HVTN 703/HPTN 081 trial in women in sub-Saharan Africa (exposed primarily to subtype C variants).

“The AMP trials were designed to determine whether long-term administration of a bnAb could reduce HIV acquisition, if susceptibility of circulating viruses in the community to the bnAb would influence prevention efficacy, and if measuring this susceptibility would be a biomarker of prevention efficacy. All three of these questions were answered by these two trials,” said Larry Corey, M.D., AMP Protocol Chair and Principal Investigator, HVTN Leadership Operations Center, which is based at the Fred Hutchinson Cancer Research Center.

The median age of participants enrolled in HVTN 704/HPTN 085 is 28 years, and 31.6% are White, and 15.1% Black, and 57.1% Latinx. In HVTN 703/HPTN 081, the median age of participants is 26 years, and 98.9% are Black. Study participants were randomized to receive intravenous infusions of VRC01 at 10 mg/kg (active lower dose), VRC01 at 30 mg/kg (active higher dose), or placebo administered every 8 weeks (total of 10 intravenous infusions). Testing for HIV infection occurred every 4 weeks, and participants were followed for 2 years. PrEP use was evenly distributed among the randomized study arms. VRC01 was well-tolerated by participants in both trials, and no safety concerns were identified. Investigators are continuing to follow participants until 32 weeks after the last study infusion to assess the longer-term safety of VRC01. These final study visits are expected to conclude in early 2021.

“The results from the AMP trials will be instrumental in the development of future trials testing bnAbs,” said Myron Cohen, M.D., AMP Protocol Chair, HPTN Principal Investigator, and Director of the Institute for Global Health and Infectious Diseases at the University of North Carolina at Chapel Hill. “We look forward to using this knowledge as we continue towards our goal to end HIV.”

In summary, VRC01 did not significantly reduce overall HIV acquisition in either of the AMP trials. Analyses focused on HIV isolates sensitive to VRC01 (IC80 <1 μg/ml) provide proof-of-concept for bnAb activity in preventing HIV acquisition. Innate resistance and selection of resistant isolates over time mitigates its effect as a single preventive agent, suggesting the need to assess combinations of antibodies that provide broader, more potent protection than VRC01 alone and have a longer half-life.