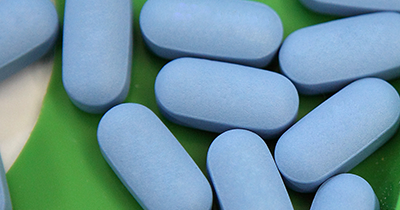 June 12, 2019—This week, the U.S. Preventive Services Task Force (USPSTF) released its final recommendation statement giving pre-exposure prophylaxis (PrEP) for HIV prevention an A rating for people at high risk of HIV acquisition. Most health insurance plans are required to cover preventive services that receive an A or B rating from the USPSTF without requiring co-pays from patients. USPSTF’s A rating for PrEP for HIV prevention is expected to make the medication more easily accessible for low-income residents, particularly those who are also members of marginalized communities most disproportionately in need of PrEP for HIV prevention, including Black and Latino gay and bisexual men, transgender women, and Black cisgender women.

“We welcome this news,” said Kenneth H. Mayer, M.D., medical director and co-chair of The Fenway Institute at Fenway Health. “Research has long shown that PrEP is highly effective for HIV prevention. Patient co-pays are a significant barrier for some individuals who are prescribed PrEP by their physicians. Including PrEP in the prevention services that must be provided to patients at no cost will make it easier for those who need it most to actually get it. It might also reduce racial and ethnic disparities and sex disparities in those who use PrEP.”

PrEP is an antiretroviral medication taken once daily that blocks HIV from replicating in the body. When taken as prescribed, it is highly effective at preventing the transmission of HIV. It has been approved as a way to prevent HIV transmission by the Food and Drug Administration since 2012 and has been recommended by the U.S. Centers for Disease Control and Prevention since 2014 as a treatment for people at high risk of HIV infection.

“The USPSTF’s A rating may motivate health care providers to prescribe PrEP to greater numbers of people who are at high risk for HIV infection,” Mayer added. “This has the potential to increase the public health impact of PrEP nationally.”

As this new recommendation moves toward implementation, there are important other factors to consider. The CDC Clinical Practice Guidelines call for laboratory testing during the initial clinical evaluation for PrEP eligibility and every three to six months during PrEP use, and these should be covered by insurance along with the cost of PrEP medications. Additionally, while the currently recommended PrEP medication is daily oral co-formulated tenofovir disoproxil fumarate and emtricitabine, other dosing strategies, medications, and delivery methods (e.g., injectables and vaginal rings) are being developed and should also be fully covered by insurance upon approval by the U.S. Food and Drug Administration.