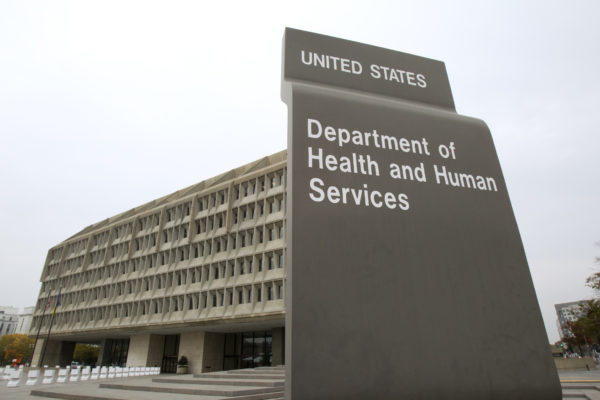 BOSTON, July 9, 2020―Fenway Health has joined a broad coalition of health care providers, LGBTQIA+ advocacy groups, and patients as a plaintiff in a lawsuit filed today challenging the legality of a new rule published by the U.S. Department of Health and Human Services that eliminates and undermines the protections against discrimination in health care, in particular on the basis of sex that are currently in place in Section 1557 of the Affordable Care Act.

The lawsuit, BAGLY v. HHS, was filed in the U.S. District Court for the District of Massachusetts. Other plaintiffs are The Boston Alliance of Gay, Lesbian, Bisexual and Transgender Youth (BAGLY), Callen-Lorde Community Health Center, Campaign for Southern Equality, Equality California, The Transgender Emergency Fund, and Darren Lazor, 35, a transgender man who experienced numerous instances of discrimination in health care settings based on his gender identity from 2012 through 2017.

“It is unconscionable that the Trump Administration would purposefully make it harder for LGBTQIA+ people to access essential health care and health insurance,” said Fenway Health CEO Ellen LaPointe. “That they are doing so in the midst of a global COVID-19 pandemic that has already claimed the lives of more than 130,000 U.S. residents, put 14 million people out of work, and exacerbated significant racial and ethnic disparities in access to health care and health outcomes only serves to magnify the heartlessness of this unlawful action.”

The lawsuit asserts that the new rule violates Title IX by discriminating on the basis of sex and ignores legal precedent, most notably the June 15, 2020 U.S. Supreme Court ruling in Bostock v. Clayton County holding that it is unconstitutional to fire employees based on sexual orientation or gender identity. The majority opinion stated that even when “sex” is defined as the “biological distinctions between male and female,” which is how the new HHS rule defines sex, discrimination on the basis of transgender status and sexual orientation constitutes unlawful discrimination “on the basis of sex.”

The lawsuit also asserts that the new rule will embolden providers to deny care in violation of the Affordable Care Act because, among other reasons, it interferes with providers’ ability to communicate a full range of treatment options to their patients and violates the informed consent and ethical standards to which health care professionals must adhere. These impacts will be amplified for LGBTQIA+ people of color, especially Black and Latinx people.

The Trump Administration’s additional removal of 10 other sexual orientation and gender identity nondiscrimination provisions from federal regulations governing health care, health insurance, and elder services will harm LGBTQIA+ people who have benefitted from them. In 2014, Medicaid covered a significant portion (39 percent ) of LGBTQIA+ adults with incomes of 139 percent of the federal poverty level or less. As a result, the rate of uninsurance among low- and middle-income LGBTQIA+ adults was much lower (18 percent) in states that had expanded their Medicaid programs under the ACA than in those states that did not expand their Medicaid programs (34 percent).

Additionally, the Program of All-Inclusive Care for the Elderly (PACE) program serves vulnerable nursing home-eligible elders who are trying to stay in their homes. LGBTQIA+ elders experience disproportionately higher rates of social isolation, which correlates with depression, treatment nonadherence, and substance use, than their straight, cisgender peers. The PACE program is a vital service for these elders. The Trump Administration removed explicit sexual orientation and gender identity nondiscrimination language from a regulation governing the PACE program.

“Fenway Health exists to advance the well-being of the LGBTQIA+ community and all people in our neighborhoods and beyond through access to the highest quality health care, education, research and advocacy,” LaPointe added. “We are compelled and proud to take a stand on behalf of some of the most marginalized and at-risk members of our community, advancing a core principle at the heart of our mission – that all people deserve access to care, and that LGBTQIA+ people are entitled to the same rights as all others in our society.”