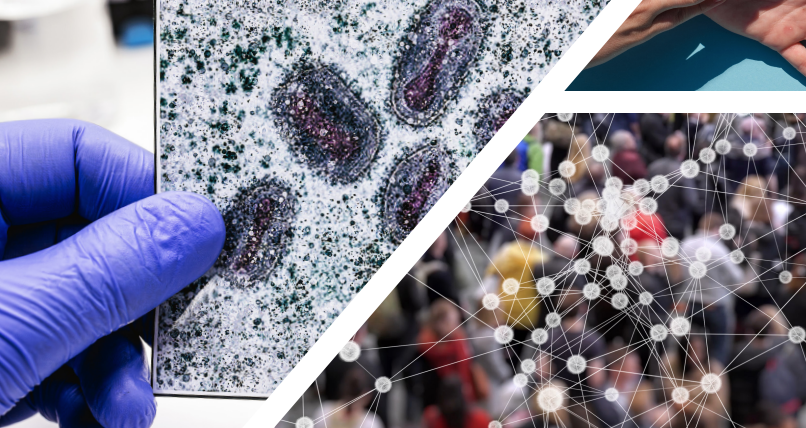 BOSTON, September 12, 2022—As U.S. monkeypox diagnoses top 21,000 amid the federal government’s failure to contain the initial outbreak of the virus in May, Fenway Health has released a policy brief that offers solutions to a range of problems that have exacerbated the spread of the virus.

“Right now, in the United States, we have the tools to stop the spread of monkeypox, which is disproportionately affecting gay and bisexual men—particularly those who are Black and Hispanic,” said Sean Cahill, PhD, Director of Health Policy Research at the Fenway Institute, who co-authored the policy brief. “We have stockpiles of medications to treat monkeypox, effective vaccines to protect us from the virus, and effective testing. We have the infrastructure and know-how from managing the COVID-19 and HIV epidemics to craft a robust national response and immediately stop the needless suffering of thousands of Americans.”

The U.S. has failed to contain monkeypox by failing to effectively mobilize existing public health infrastructure to aid communities affected by the virus. Stockpiles of vaccines which can be used to protect against monkeypox have been rendered inaccessible due to bureaucratic delays coupled with miscalculations about how quickly the virus would spread and how great vaccine demand would be. Monkeypox testing was initially hobbled by complex protocols which effectively rationed testing, delayed the identification of cases, and hampered efforts to track the spread of the virus.

Due to poor health communication, many providers and patients are unaware that treatment for monkeypox is available. And because existing antiviral treatments for monkeypox are currently authorized for treating smallpox and not monkeypox, providers who are aware of this treatment must complete complex paperwork that can take several hours per patient to complete. Many patients have been consequently forced to endure the painful lesions caused by the virus with no relief. Finally, these issues have occurred within the context of racial/ethnic, class, and geographic inequities in health care access which have been exacerbated during the monkeypox outbreak, as marginalized communities have difficulty accessing vaccines and treatments concentrated in the hands of a few well-resourced institutions, some of which are located in areas that are less accessible to communities of color.

“It’s not too late to make a course correction. Policy makers and public health officials must adopt an aggressive strategy of testing, treatment, vaccination, and public education if we are to eradicate monkeypox,” said Thomas Freitag, MPP, a Fenway Institute Research Fellow and co-author of the policy brief. “We have a rare opportunity to stop a major outbreak in its tracks but we must take full advantage of the resources and expertise at our disposal.”

Among the policy recommendations, invoking the Defense Production Act represents a valuable legislative tool for facilitating the rapid manufacture and allocation of critical national supplies and could address a current shortage of JYNNEOS vaccines, a two-dose vaccine that helps protect against monkeypox and smallpox. This act gives the president the power to expand the production of materials important for national defense, by requiring businesses to accept production contracts and to utilize financial incentives to convince industries to expand their production capacity.

At the same time, public health researchers must be diligent in studying the intradermal vaccination strategy authorized by the Food and Drug Administration (FDA) in August 2022 and monitoring the efficacy of this approach. With this approach, the vaccine is administered between layers of skin rather than subdermally, or below the skin, and up to five doses of the vaccine can be administered from one vial of the JYNNEOS vaccine. Close monitoring of the intradermal vaccination strategy is especially important as experts have raised concerns that it does not provide sufficient protection for those with compromised immune systems, such as people living with HIV.

Provider and patient education is also critically needed to ensure that individuals can access treatment, as many of them are unaware that antiviral therapeutics are available for painful lesions and those that encroach on sensitive areas such as the eyes.

The FDA should authorize the use of TPOXX for monkeypox, as European public health authorities have already done, to facilitate access to an important therapeutic tool and minimize the suffering of monkeypox patients.

Finally, Congress must appropriate funding for the monkeypox response and for research to better contain and eliminate the virus. Republicans in the Senate are opposing President Biden’s request for funding, claiming that it will exacerbate inflation. “Congress has failed to fund the public health response to monkeypox,” said Cahill. “They need to act now to support critically needed prevention, care and research.”

The Fenway Health policy brief also calls on President Biden to work with the World Health Organization and allies to organize a global relief effort to eliminate monkeypox from central and western Africa, where it has been causing suffering and death for more than half a century.

Read “How The Federal Government Can Better Respond To The Monkeypox Outbreak” here.