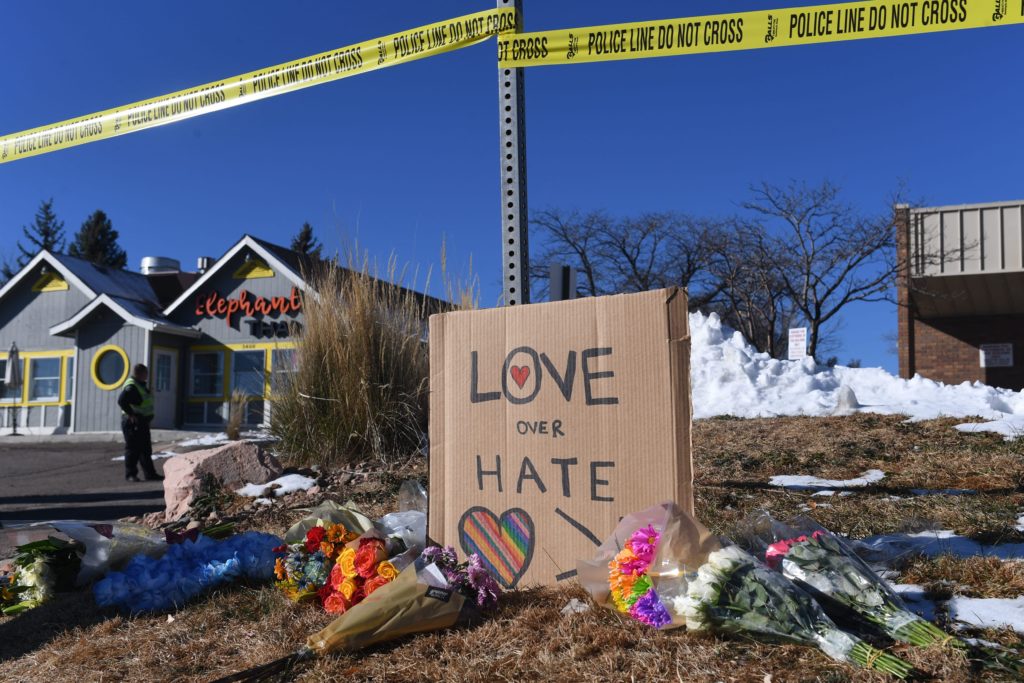 Just before midnight this past Saturday, a gunman entered Club Q, a beloved LGBTQIA+ club in Colorado Springs, and immediately began shooting. In the span of just a few minutes, five people were dead and 25 others were wounded. It is only because of the bravery of club patrons, who fought back and subdued the shooter, that more innocent lives were not lost.

This vicious attack was aimed at the heart of our community. It echoes the 2016 Pulse massacre, where 49 people were killed in a shooting at an Orlando LGBTQIA+ nightclub. In both incidents, the murderers chose to take lives in spaces that were meant to be safe havens. That is no accident – it is the inevitable result of homophobia and transphobia. To have this happen on the eve of Transgender Day of Remembrance, when we honor those we have lost to transphobic violence, is even more painful. We are devastated, and we are angry.

There is a direct line from hate speech to hate violence. Perpetrators of hate violence are inspired by bigoted rhetoric, often directed at minority communities. That rhetoric doesn’t just live in in the dark corners of the internet – it is increasingly coming directly from people in power. Over the past year, we have seen an unprecedented number of legislative attacks, both proposed and signed into law, on LGBTQIA+ people. The targets of these attacks include drag queens, transgender, non-binary, and queer youth, supportive educators and librarians, and clinicians who provide gender-affirming care. We are seeing Neo-Nazis threatening drag performances, calls to fire teachers and ban books, bomb threats against hospitals, and an increase in hate crimes. Saturday’s shooting is part of that horrifying pattern.

Now more than ever, queer and trans folks need solidarity and support. If you’re an LGBTQIA+ person, we encourage you to connect with loved ones and find meaningful ways to be in community. If you’re an ally, please check in on the LGBTQIA+ people in your lives, and commit to condemning hate wherever and whenever you encounter it.

We’d also like to remind our community that members of Fenway Health’s Violence Recovery Program (VRP) team are here and available as a resource for anyone who has experienced anti-LGBTQIA+ violence. The VRP, which was founded 36 years ago in response to violence toward members of the Boston queer community, offers confidential counseling and advocacy services for anyone experiencing anti-LGBTQIA+ violence and abuse.

Please call the Violence Recovery Program Consultation Line at 617.927.6250 if you or someone you know is in need of support. You can also call the National Coalition of Anti-Violence Program’s 24-hour bilingual hotline at 212.714.1141.

In strength and solidarity,