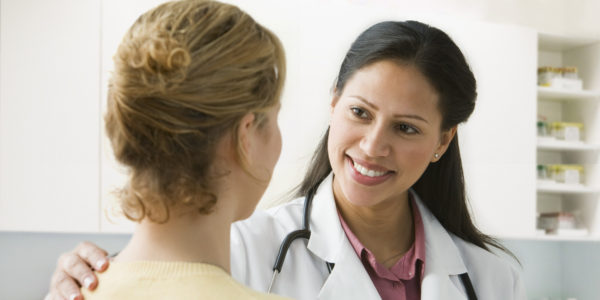 BOSTON, July 25, 2022—A Perspective essay published July 23, 2022 in the New England Journal of Medicine provides guidance on how the health care sector can mitigate the harm to sexual and gender minorities (SGM) caused by recently enacted and proposed legislation that limit access to care. The “Triple Aim framework” offered by the authors of the Perspective outlines a process by which providers, payers, researchers, and policymakers can enhance SGM patients’ care experiences, improve population health, and reduce per capita costs of care.

“From Texas to Florida, lawmakers are enacting policies and laws that put sexual and gender minorities at great risk of harm,” said senior author Dr. Alex S. Keuroghlian, who directs the National LGBTQIA+ Health Education Center at The Fenway Institute and the Massachusetts General Hospital Psychiatry Gender Identity Program. “Leaders from all sectors of health care have a responsibility to enact new ways of providing care, collecting data, and designing systems that support health equity and protects the health of sexual and gender minorities.”

A national survey of transgender people found that nearly one-quarter (23%) reported that they avoided necessary health care for fear of mistreatment by providers. Rates of health care avoidance were higher among transgender people who were also members of marginalized racial and ethnic groups, demonstrating the intersectional burdens of transphobia and racism.

“Policies that cast sexual and gender minority people as outsiders, whose identities should not be discussed and whose health care is criminalized, are doubly damaging to populations that already experience substantial health inequities,” said co-lead author and Harvard Medical School student Michael Liu, M.Phil. “First, they directly limit access to lifesaving, evidence-based health care. Second, they exacerbate minority stressors such as employment discrimination, peer violence, and internalized oppression that are associated with belonging to marginalized groups and that are known to worsen physical and mental health in these populations.”

“Medical providers have a responsibility to be familiar with the most up-to-date scientific and clinical information related to SGM people,” said co-lead author and Harvard Medical School student Sahil Sandhu, M.Sc. “But increased efforts by policymakers, legislators, and other public leaders to harm the health of SGM people by limiting their access to care is a call to the health care sector to rededicate itself to providing quality care experiences and improving health outcomes for people of all sexual orientations and gender identities.”

“Achieving the Triple Aim for Sexual and Gender Minorities” was published July 23, 2022 by the New England Journal of Medicine and is available online here.