HIV Advocacy Has a New Champion in Representative Jack Lewis 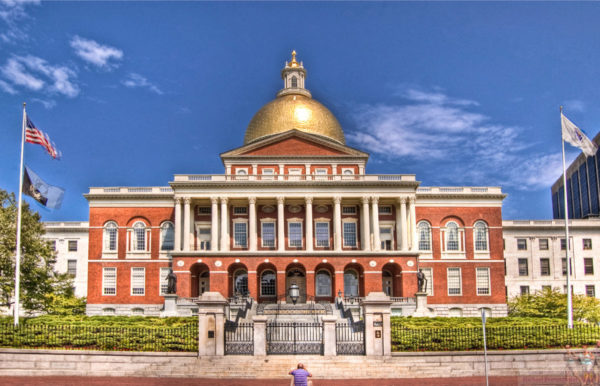 Representative Jack Lewis is a strong advocate for HIV programming.

During the recent House budget deliberation, Representative Jack Lewis of Ashland and Framingham secured a nearly unprecedented $1 million in additional funding for HIV/AIDS and Hepatitis C programming across Massachusetts.

This increase continues to close the gap after Governor Baker cut the HIV/Hepatitis C line item by $4.8 million and the House Ways & Means Committee reduced the cut to $3.8M. We call on the Massachusetts Senate to finish the job and fund the HIV/AIDS and Hepatitis C line item at a minimum of $33.1 million in FY18.

Shortly after securing the funding increase in the House Budget, Representative Lewis gave his maiden speech to the House of Representatives on the importance of HIV funding:

“Today, I’m happy to stand before you and say we are within striking distance of preventing all new cases in our commonwealth within the next three years. Medical breakthroughs and hard fought for educational campaigns have meant we are now at the verge of eradicating an epidemic that has affected each and every one of our communities, an epidemic whose time has come. Massachusetts has long led the way. History thanks you. But here in the commonwealth, we must also remember our efforts have led to a decline of new infections by 47 percent since 2000, leading to thousands of changed and saved lives. While the lives saved are reason enough to continue this fight, every dollar spent on HIV prevention leads us to $4 in return. The opioid epidemic is still affecting families and communities and there is uncertainty about cuts from D.C. But today I stand here grateful for $1 million in additional funding in HIV prevention in this consolidated amendment. Together we are well on our way to ending this epidemic in our lifetime.”

The $1M in increase funding will go a long way towards helping organizations like AIDS Action Committee expand access to public health interventions such as drug user health programs and PrEP preventing new infections, deliver better care for people living with HIV, AIDS, and Hepatitis C, and realize the goals of the Massachusetts Getting to Zero Coalition.

Since 2000, Massachusetts has reduced new HIV infections by more than 40%, saving the state $1.8 billion in avoided HIV-related healthcare costs. This was possible because of targeted investments and smart policy decisions – but this progress can be reversed overnight. Rep. Lewis’ victory is the House is a promising step towards responding to the threat presented by the opioid epidemic, maintaining and modernizing our effective public health services for the growing population of people living with HIV, and utilizing new HIV prevention tools such as PrEP.