Massachusetts has a large and growing LGBT population, but still faces challenges 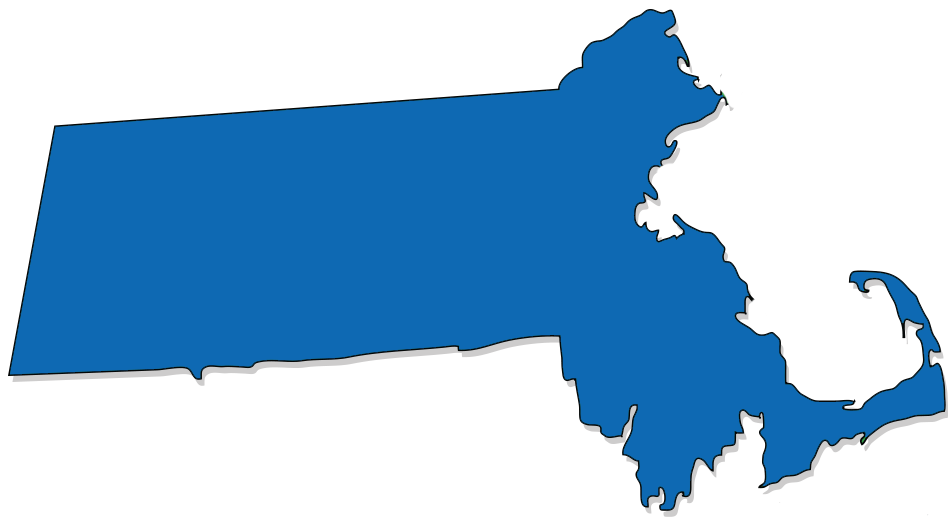 The Commonwealth of Massachusetts

A new report from Boston Indicators and The Fenway Institute finds that young Massachusetts residents are much more likely to self-identify as LGBT than in previous generations, but they still feel many of the social pressures and discrimination of the past. The report, Equity and Equality: Advancing the LGBT Community in Massachusetts, finds Massachusetts’ LGBT community is diverse, disproportionately young, and second in the nation when measured as a percentage of the state’s population. However, members of the LGBT community still face widespread discrimination and are at greater risk for depression, homelessness, and food insecurity. Researchers compiled public data, existing research, and interviews from listening sessions in an effort to capture a first-of-its-kind examination of the LGBT community in Massachusetts.

The report, released this morning at a Boston Foundation event, looks at the overall demographics of the LGBT community in the Commonwealth, supportive public policies and services, and then explores some the challenges specifically facing LGBT youth, LGBT youth of color, transgender individuals, and the elderly LGBT population.

“By bringing together this research, the Boston Indicators and Fenway Institute teams have given us a picture that both demonstrates the vibrancy and broad distribution of the LGBT population in Massachusetts, and the challenges and obstacles that LGBT youth and adults face every day,” said Paul S. Grogan, President and CEO of the Boston Foundation, which funded the report. “Despite our leadership as a Commonwealth in LGBT rights, the research plainly shows we aren’t nearly done.”

“Much of the public health data we share here focuses on health risks and disparities facing the LGBT community, which must not be ignored,” said Sean Cahill, Director of Health Policy Research at The Fenway Institute. “But we also want to focus on the community-based solutions that reflect the resiliency and strength of the LGBT community, and the pro-LGBT policies that make Massachusetts a leader on LGBT issues. We hope the analysis presented here illustrate opportunities we have to promote greater equity for our communities.”

Demographically, the report highlights both the breadth and youth of those in the state who self-identify as LGBT. Massachusetts trails only Vermont in the percentage of residents who identify as LGBT in the Gallup poll, and data from the Massachusetts Department of Public Health indicate that nine of 14 counties in the state count at least 5% of their residents as LGBT.

The toll of discrimination

A separate survey found that LGBT adults in Massachusetts are twice as likely as their non-LGBT peers to experience depression – with 41% have received a depression diagnosis. A number of reports cited in this research also point to LGBT individuals having higher rates of homeless and food insecurity, as well as a greater representation in the low-income (under $35,000/year) population.

A separate survey found that LGBT adults in Massachusetts are twice as likely as their non-LGBT peers to experience depression – with 41% have received a depression diagnosis. A number of reports cited in this research also point to LGBT individuals having higher rates of homeless and food insecurity, as well as a greater representation in the low-income (under $35,000/year) population.

While challenges remain, recent years have also seen the establishment of an LGBT community that has demonstrated economic success and established a robust set of supports for those coming into the community. Both male and female same-sex couples statewide earn higher mean incomes than the average for heterosexual couples.

The report also notes the leadership role public and private entities have taken to improve the equity and equality of LGBT members of the community. “While LGBT people in Massachusetts experience challenges, including striking disparities,” the report notes, “Massachusetts is also home to some of the most cutting edge and innovative pro-LGBT social services, community resources and public policies.”

For LGBT youth, the report notes the number of Alliances for Gay and Lesbian Youth (AGLYs) across Massachusetts that provide support services – and urges increased funding for their work. Researchers also note relatively new specialized programs aimed at addressing issues like homelessness (Y2Y Harvard Square is one example), and safe schools programs and Gender Sexuality Alliances in schools to create safer and more welcoming educational environments.

To build on that base, the report calls for greater investment in programs more specifically focused on providing needed supports for LGBT youth of color, and notes continued opportunities for programs, trainings, policies, and advocacy efforts needed to protect and improve the lives of transgender people in the state.

“Drawing from the same perseverance, creativity and courage that have animated its efforts for decades,” the report concludes, “we have little doubt that the Massachusetts’ LGBT community, and its supporters, will continue to serve as national leaders in pursuing equality and equity for all LGBT people.”

The Boston Foundation, Greater Boston’s community foundation, is one of the largest community foundations in the nation, with net assets of more than $1 billion. In 2017, the Foundation and its donors paid $130 million in grants to nonprofit organizations and received gifts of more than $194 million. The Foundation is a close partner in philanthropy with its donors, with more than 1,000 separate charitable funds established either for the general benefit of the community or for special purposes. It also serves as a major civic leader, think tank and advocacy organization, commissioning research into the most critical issues of our time and helping to shape public policy designed to advance opportunity for everyone in Greater Boston. The Philanthropic Initiative (TPI), a distinct operating unit of the Foundation, designs and implements customized philanthropic strategies for families, foundations and corporations around the globe. For more information about the Boston Foundation and TPI, visit tbf.org or call 617-338-1700.

Boston Indicators is a research center at the Boston Foundation that seeks a thriving Greater Boston for all residents across all neighborhoods. We do this by analyzing key indicators of well-being and by researching promising ideas for making our city more prosperous, equitable and just. To ensure that our work informs active efforts to improve our city, we work in deep partnership with community groups, civic leaders and Boston’s civic data community to produce special reports and host public convenings.

The Fenway Institute works to make life healthier for LGBT people, people living with HIV/AIDS, and the larger community. We do this through research and evaluation, education and training, and policy analysis. We are the research division of Fenway Health, a federally qualified health center that serves 32,000 patients each year. One of Fenway Health’s original focus areas was gay men’s sexual health, and Fenway has been a leader in HIV prevention, care, and research since the 1980s. Since then it has expanded its work on lesbian and bisexual women’s health and on transgender health. Today half of Fenway’s patients are LGBT, about 2,200 are living with HIV, and about 3,000 are transgender.