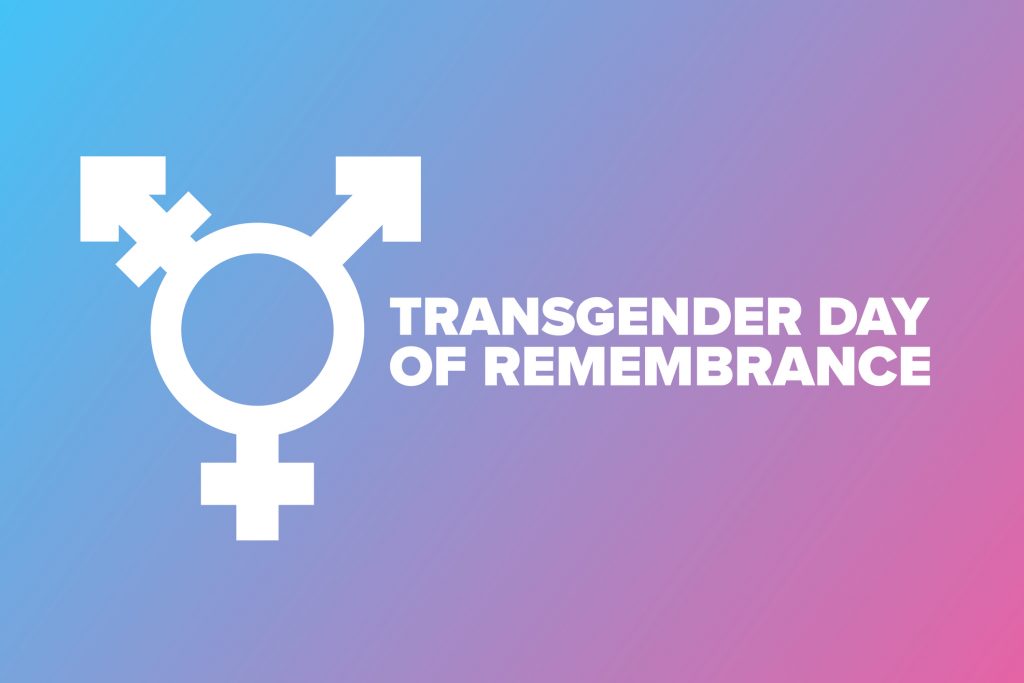 This week marks Transgender Awareness Week, a time to honor, celebrate, and fight for our transgender and gender non-conforming community. Transgender Awareness Weeks culminates with the annual Transgender Day of Remembrance (TDOR). Each year on November 20, LGBTQIA+ people everywhere pause to remember and mourn the lives we’ve lost to transphobic violence. This tradition began here in Boston in 1998 in response to the murder of beloved community member Rita Hester in Allston. Now, 22 years later, the TDOR is observed around the world.

Sadly, instances of transphobic violence have only increased since Rita Hester’s tragic death. People of color and, particularly, transgender women of color face a disproportionate rate of hate violence. According to the National Center for Transgender Equality’s U.S. Transgender Survey, nearly half (47%) of all Black transgender respondents reported being discriminated against, verbally harassed, and/or physically attacked. Black transgender women (14%) were more likely to experience physical violence, compared to Black non-binary people (8%) and transgender men (7%).

The (HRC) has referred to 2020’s surge in transgender murders as “an epidemic of violence.” This year alone, at least 350 transgender and gender non-conforming people worldwide have been murdered. The actual number is likely much higher, as media reports all too often misgender the victims of these hate crimes.

The past four years have been an especially challenging time for transgender people and their allies, with the current administration’s attacks on trans rights in the military, health care, and public services. Despite that, we’ve continued to advocate, educate, and resist. The coming years hold promise for the advancement of transgender rights. President-Elect Joe Biden has pledged to work to undo transphobic actions by the current administration, including reversing the ban on transgender service members. Let’s continue to make our voices heard and insist that this new administration defend the rights of transgender and gender non-conforming folks.

We hope you’ll join us in honoring TDOR this year through online community spaces. The Boston TDOR will be hosted virtually by Trans Resistance MA on Sunday, November 22 at 6 PM. Please RSVP here.

The Cape Cod TDOR will be held virtually on Thursday, November 19 at 7 PM. The evening will feature speakers Michael Cox of Black & Pink, Jennifer Love of the National LGBT/HIV Criminal Justice Working Group, Lysetta Hurge-Putnam, the Executive Director of Independence House, Rabbi Elias J. Lieberman, and Angelina Resto and will include a reading of the names of those from the transgender community who are no longer with us. Please RSVP here.

This week and every week, Fenway Health is proud to stand with the transgender community and provide comprehensive and affirming care for our more than 4,400 transgender and gender non-conforming patients. Please join us in taking the Pledge to End Violence Against Black and Brown Transgender Women.