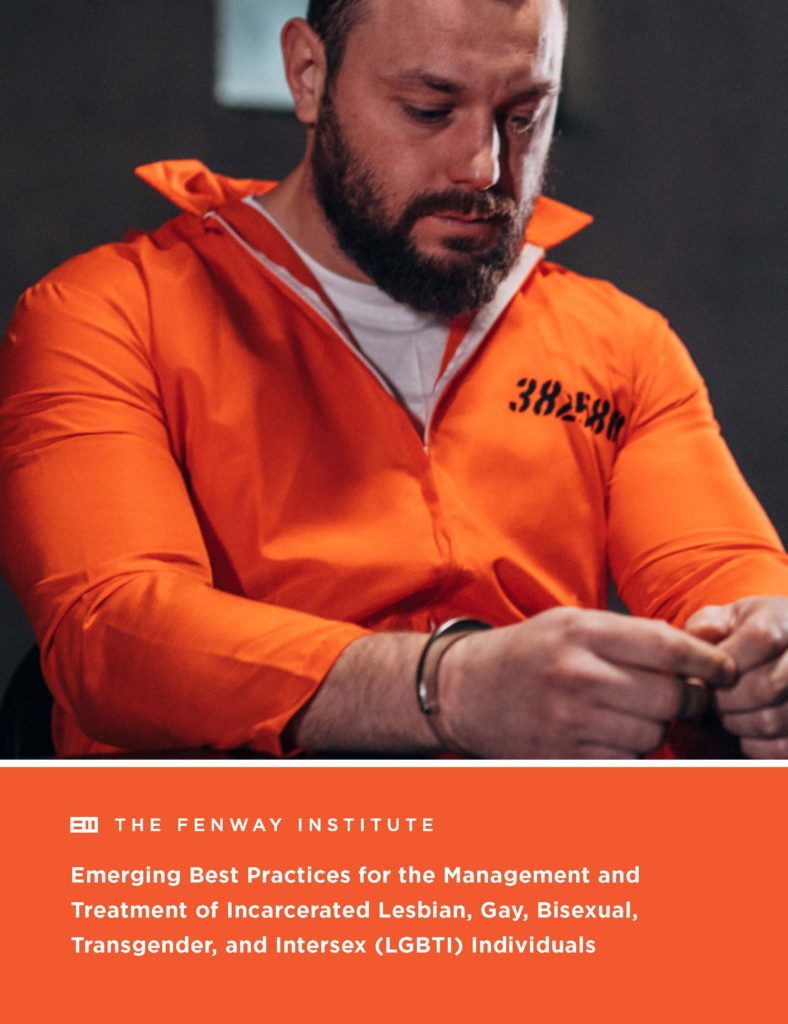 Report co-author Timothy Wang, Senior Policy Analyst at The Fenway Institute, will moderate a panel discussion about key recommendations in the report, which is titled “Emerging Best Practices for the Management and Treatment of Incarcerated Lesbian, Gay, Bisexual, Transgender, and Intersex (LGBTI) Individuals.”

Panelists include Sean Cahill, Ph.D., Director of Health Policy Research at The Fenway Institute and a coauthor of the report; Brad Brockmann, an Assistant Professor of the Practice in Health Services, Policy and Practice at Brown University’s School of Public Health and a coauthor of the report; Angelina Resto, a public speaker and advocate for LGBTI people who are incarcerated; and Michael Cox, Director of Policy for Black and Pink, Boston, an advocacy group for LGBTI people affected by incarceration.

The report documents that sexual and gender minority individuals who are incarcerated experience exceptionally high rates of sexual victimization in U.S. prisons and jails as compared to other inmates. It also notes that LGBTI people are disproportionately represented in corrections, most likely due to high rates of harassment and rejection that LGBTQI youth face from their families, schools, and communities, which contributes to the early involvement of LGBTI people in the juvenile justice system. The report also notes that historically same-sex behavior and gender variance were criminalized in the U.S. until recently.

“The discrimination that LGBTI people experience in broader society is often mirrored and intensified in the correctional environment. It’s critical for correctional institutions to adopt policies and practices that increase the safety of individuals in their care, especially those most vulnerable to sexual and violence victimization while imprisoned,” said Cahill. “The need to adopt practices that prevent discrimination and treat all inmate populations fairly doesn’t require correctional officers to change their personal or religious beliefs. All public safety and law enforcement professionals should understand that providing equitable protection to all while on duty is about being an effective professional.”

Key findings from the report are relevant to two pieces of legislation currently before Massachusetts lawmakers:

Best practices and key recommendations identified in the report include:

The practices set forth in the report, titled “Emerging Best Practices for the Management and Treatment of Incarcerated Lesbian, Gay, Bisexual, Transgender, and Intersex (LGBTI) Individuals” are based on policies already implemented in various correctional systems, including in Texas, Colorado, Pennsylvania and California. These policies are emerging as best practices based on professional consensus. They cover intake, classification and housing placement, medical care, same-sex behavior and condom availability, privacy and confidentiality, and group inmate management for incarcerated LGBTI individuals.

Facts related to the incarceration of LGBTI people:

The report is available online at: https://fenwayhealth.org/wp-content/uploads/TFIP-33_Best-Practices-for-LGBTI-Incarcerated-People-Brief_web.pdf.