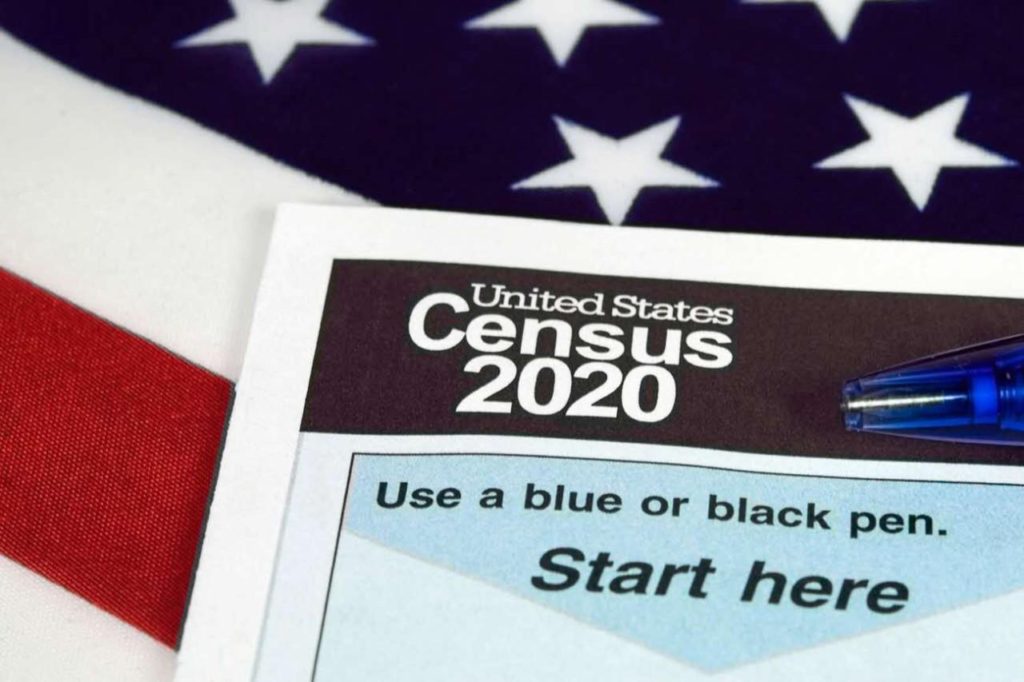 On April 1, 2020, the federal Census will be in full swing. The information collected in this decennial event is used to determine political representation by revising local precinct maps and Congressional districts based on changes in population. It determines the amount of federal funding for education, transportation, health care, housing, and social services. For minority populations such as the LGBTQ communities, basic information provided by the Census related to population size and geography also contributes to community representation and support that might otherwise not exist.

Although the Census does not have any questions related to sexual orientation or gender identity, it has been collecting information about same-sex households since 1990 when it added “unmarried partner” as one of the options for describing a household member’s relationship to the primary householder, which is the person who owns or rents the home. The dramatic increase in the numbers of same-sex couples counted by the 2000 Census as compared with the 1990 Census demonstrated the impact of public policy and political advancements that made it easier for LGBTQ people, especially those living in the South and the Midwest, to come out.

In the 2020 Census, “same-sex husband/wife/spouse” and “same-sex unmarried partner” have been added as relationship options, which will make it easier for same-sex couples to explicitly identify themselves and their relationship—and to be counted accurately.

It is impossible to overstate the importance of being counted. In Fiscal Year 2015, Massachusetts received roughly $16 billion in federal funding based on 2010 Census data. This money was used, in part, to fund MassHealth programs, grants for schools in low-income districts, school lunch programs, vouchers to pay for housing, and the Supplemental Nutritional Assistance Program for families. These programs are especially important for LGBTQ people, given the disproportionately high rates of poverty and homelessness and housing instability within our communities.

Analysis of the 2010 data showed that same-sex couples incur significant financial penalties as compared with heterosexual couples due to anti-LGBTQ laws at the local, state, and federal level. Data collected by the Census documents these economic disparities by demonstrating the similarities and differences between same- and different-sex couple households with regard to income and home ownership. In practice, these economic disparities mean that the children of LGBTQ parents are twice as likely to be living in poverty as the children of heterosexual parents, and just over 20 percent of LGBTQ people live in poverty as compared with four percent of the general population. Given that marriage equality is now the law of the land, it will be interesting to see if this inequality between same-sex and different-sex couples has decreased despite the continuation of other contributing factors, including employment discrimination and victimization.

Undercounts in Census data can lead to inaccurate and skewed representation in the federal, state, and local governments that set policies and guidance that can directly affect the health and well-being of LGBTQ people. Our electoral system is already biased in favor of rural, socially conservative America. Although members of the LGBTQ community can be found in every county of the country, we are far more likely to live in urban and metropolitan areas. It is critical that we participate in the 2020 Census to ensure that we retain political power after the next Congressional redistricting that will happen after the 2020 Census.

Unfortunately, the already difficult task of completing the Census will be even more complicated in 2020 for three reasons. First, funding for the 2020 Census has lagged behind funding for previous Census cycles, raising concerns that the Census Bureau will not have the resources needed to do a thorough count. Second, the Census will collect information digitally for the first time, which necessitates additional training and education for the public. But as a member of the Federal Communications Commission warned in a recent commentary, a significant portion of the public—up to 162 million people—do not have access to high-speed broadband and risk not being counted in the 2020 Census.

Finally, and most alarming, the intense controversy over attempts to add a citizenship question to the Census, which we now know was motivated by a desire to depress the count of immigrants and immigrants of color, specifically, may in itself result in an undercount of immigrants.

Undercounts on the Census deprive already vulnerable communities of democratic representation and federal funding. This is why we urge everyone in the LGBTQ community to participate in the Census next April, and encourage your family, friends, neighbors, and co-workers to do the same.