The American Health Care Act Would Harm LGBT People, People Living With HIV, And Black And Latino Americans, According To Fenway Institute Analysis 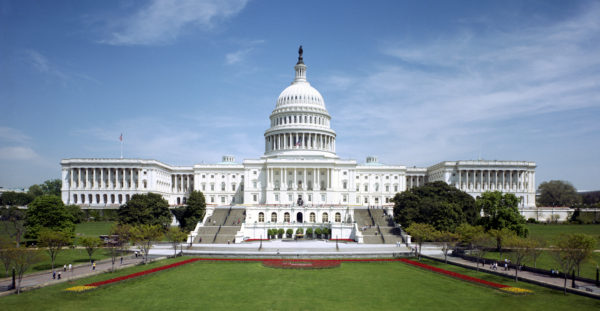 “This bill holds potentially devastating consequences for low-income LGBT people, people living with HIV, and Black and Latino people” said Sean Cahill, PhD, Director of Policy Research for The Fenway Institute at Fenway Health. “The rates of uninsurance among LGBT people and people living with HIV have dropped dramatically since 2013, when the Affordable Care Act’s Medicaid expansion was implemented. While people of all races benefitted from the expansion of insurance access, on a per capita basis Black and Latino people benefitted disproportionately. Those gains could be completely erased if this bill becomes law.”

The Fenway Institute analysis also notes that while the ACA has benefitted Americans of all racial/ethnic backgrounds, reducing uninsurance rates among Whites by 42% from 2012 to 2014 (from 12% uninsured to 7% uninsured), the repeal of the ACA would disproportionately hurt Black and Latino Americans. On a per capita basis, Black and Latino people are overrepresented in the 20 million who have newly accessed insurance. Uninsurance among Blacks was nearly cut in half, from 19% to 11%, from 2012 to 2014. Over time, this expansion of insurance to Black Americans could play a key role in reducing health disparities affecting Black people.

Four provisions in the AHCA would impact low-income LGBT people and PLWH, in particular:

By 2020, the AHCA would revise eligibility criteria for enrollment in Medicaid so that in addition to being low-income, an enrollee would also need to be disabled or a parent of dependent children. PLWH must let their disease progress to AIDS in order to meet the definition of disabled, and many low-income LGBT people are not parents.

The AHCA would not impact anyone already enrolled in Medicaid as of 2020. But anyone who drops their coverage would need to meet the new eligibility criteria in order to re-enroll. That provision creates an incentive for low-income adults who are not parents to decline a higher paying job with private insurance. Because their health is dependent upon affordable access to life-saving HIV medicines, the risk of not being able to re-enroll in Medicaid if they were to lose their job might not be one that is worth taking.

The AHCA would replace the individual mandate with a continuous coverage requirement that would levy a one-year 30 percent insurance surcharge on anyone who takes more than 63 days to leave one health insurance plan for another. Healthy people who lose insurance and are unable to replace it within 63 days may opt to stay out of the insurance market until they really need it in order to avoid paying the 30% surcharge. But PLWH require access to affordable health care and medicine to remain alive. PLWH who lose their health insurance through job loss, and are unable to replace it within the 63-day window, would be forced to pay the 30% surcharge once they do obtain insurance again.

The AHCA would prevent states from using Medicaid funding to reimburse “prohibited entities” from providing health care. Planned Parenthood is one of the few providers of health care that meets the definition of the AHCA’s “prohibited entities.” The LGBT population experiences disproportionate burden related to sexual health outcomes. Gay and bisexual men, as well as transgender women, are disproportionately burdened by HIV and other STIs. Lesbian and bisexual adolescent women are at greater risk of unwanted pregnancies than heterosexual adolescent women. The sexual health and family planning services that Planned Parenthood offers play a role in reducing these disparities.

All of these changes would affect LGBT people of color and PLWH who are Black and Latino, in particular. Black and Latino men who have sex with men experience the highest HIV burden among all sub-populations, and transgender women of color have disproportionately high rates of HIV and other sexually-transmitted infections.

The AHCA would make no changes to the many insurance industry reforms enacted under the ACA, such as the ban on insurance companies denying coverage to people with preexisting health conditions that has been life-saving for PLWH. In order to pass the AHCA with a simple majority vote in the Senate, the bill can only make changes that would impact the federal budget. Sixty votes are required to make more substantive changes, such as rescinding reforms to the insurance industry enacted under the ACA.

The policy brief, What the American Health Care Act means for LGBT people and people living with HIV, can be read here.