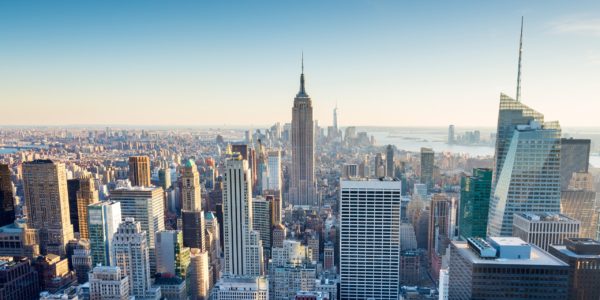 The ambitious training project has started with a system-wide organizational assessment that includes a readiness assessment survey and in-person focus groups with hospital leadership, staff, patients, and community members. Working with NYC Health + Hospitals’ Office of Diversity and Inclusion, The Fenway Institute will develop and implement a comprehensive employee training program that will include in-person trainings with hospital leadership and providers as well as interactive online training modules including the creation of video simulations of clinical case scenarios. The goal of the project, which will take place from March to September 2017 in its first phase, is to ensure that NYC Health + Hospitals’ LGBTQ patients have an inclusive, welcoming, high-quality health care experience, and for NYC Health + Hospitals to become the provider of choice among New York City’s estimated 750,000 LGBTQ people as a result.

“Outside of overt discrimination from providers and other staff in healthcare facilities, which still happens, the most significant problem faced by LGBTQ patients is a lack of quality care from providers who understand the unique health needs of the LGBTQ population,” said Alex Keuroghlian, MD, MPH, Interim Director of Education and Training Programs at The Fenway Institute.

Both Healthy People 2020, a national health promotion and disease prevention initiative of the United States Department of Health and Human Services issued in 2010, and The Health of Lesbian, Gay, Bisexual, and Transgender People: Building a Foundation for Better Understanding, a 2011 report by the Institute of Medicine, found that LGBTQ people are at increased risk for a number of health disparities when compared to the general population, including:

“In addition to understanding these disparities, health care practices also need to be deliberate in welcoming LGBTQ patients,” Keuroghlian added. “Fortunately, many of the steps that can be taken to make a health center inclusive of LGBTQ patients holds the potential to improve the experience of care for all patients. For example, asking new patients for their correct name and pronouns is a very important question for transgender patients, who often have a first name that differs from what is on their health insurance card or medical record. But it also benefits any patient who goes by a nickname or a middle name instead of their first name.”

In the first year of its implementation, at least 500 health care providers across New York City will complete the pilot training program and become certified in LGBTQ cultural competency, with plans to subsequently train all providers in the health system.

The Fenway Institute has worked with other health care systems in Arkansas, California, Mississippi and Utah in training providers on LGBTQ patient care. But the partnership with NYC Health + Hospitals represents the largest such initiative to date.