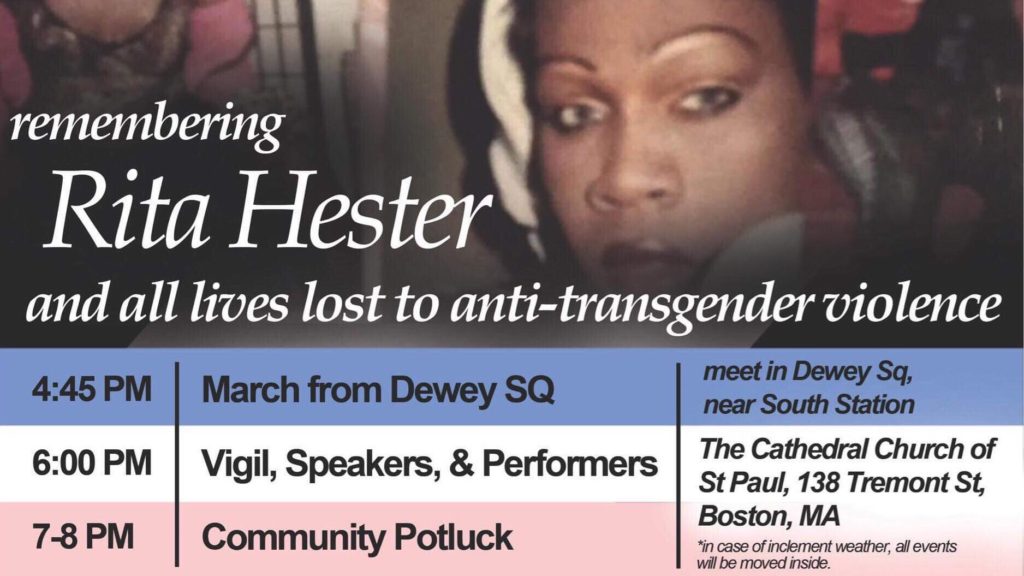 November marks Transgender Awareness Month, a time each year when we pause to celebrate the resilience and beauty of our transgender and gender non-conforming community, remember those we’ve lost to hate violence, and recommit to fighting transphobia and discrimination. The past two years have been an especially challenging time for transgender people and their allies, but together we’ve continued to advocate, educate, and resist.

Since 2017, the Trump administration has targeted the transgender community, as well as the wider LGBTQ community, with a number of harmful actions and legal propositions. These attacks on the community have included seeking to ban transgender people from the military, withdrawing guidance that protects transgender students, and most recently, proposing a legal definition of sex that would exclude transgender individuals under Title IX.

These federal policies all threaten to cause serious harm to the physical and mental health of transgender and gender non-conforming people, and put an already vulnerable population in greater danger of experiencing discrimination, bigotry, and violence. According to the National Coalition of Anti-Violence Programs (NCAVP), transgender people are 2.8 times more likely to experience hate violence online or via phone and 3.3 times for likely to experience intimate partner violence. Murder rates continue to be higher for transgender people than their cisgender counterparts, with transgender women of color being particularly vulnerable.

When bigotry comes from the highest levels of government, it only incites more violence against minority groups. In 2017, at least 29 transgender people in the United States were murdered, the most ever recorded. The statistics are clear: taking a stand against transphobia and protecting transgender rights are, quite literally, a matter of life and death.

Still, even in these difficult times, there has been progress. At the recent midterm elections, Massachusetts voters chose overwhelmingly to uphold a civil rights law prohibiting discrimination on the basis of gender identity in public places. This was the first time that transgender rights were put to a vote in any state, and it sets a hopeful precedent. The success of the Yes on 3 campaign shows that when we fight for our transgender friends, family, and neighbors, we can win.

This Sunday, November 18, we invite you to join us at the 20th Boston Transgender Day of Remembrance. Every year in November, the Boston transgender and gender non-conforming community comes together to mourn those who have been taken from us due to anti-transgender violence. This tradition began in 1998, with the murder of Rita Hester in Allston, Massachusetts. Now, two decades later, the Day of Remembrance is honored worldwide. This is a day to remember the lives of the hundreds of transgender and gender nonconforming people who are taken from us every year. This year we will be honoring those lives with a march from Dewey Square, a vigil, speakers, performers, and a community potluck. In addition, there will be a Transgender Day of Remembrance on Cape Cod on Tuesday, November 20.

At Fenway Health, we’re proud to provide comprehensive and affirming care for people of all gender identities and expressions. Our Transgender Health Department sees over 4,400 transgender and gender non-conforming patients each year. We offer primary and behavioral health care, walk-in clinics, hormone therapy resources, support groups, community programming, youth clinics, and much more. For more information or to learn how to become a Fenway Health patient, please call 617.267.0900 or email transhealth@fenwayhealth.org.