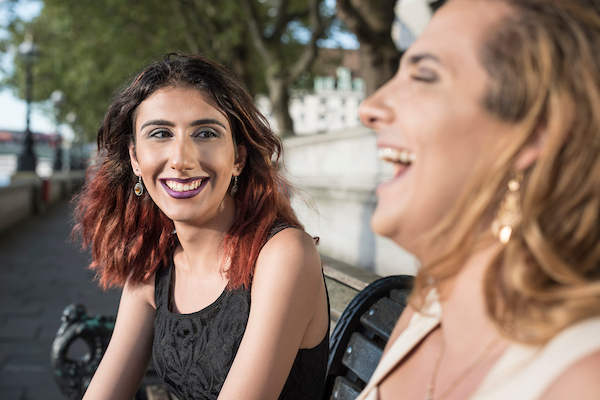 “Historically, the response of the medical field to transgender and gender diverse people has primarily consisted of using psychological methods to change a person’s gender identity so that it aligns with societal expectations based on the sex assigned at birth. This approach, which remains common, is associated with significant harm, including an increased risk of suicide attempts,” said lead author Dr. Alex S. Keuroghlian, who directs the National LGBTQIA+ Health Education Center at The Fenway Institute and the Massachusetts General Hospital Psychiatry Gender Identity Program. “Today, we know that the appropriate clinical approach is one that facilitates safe affirmation of a person’s gender identity and supports a patient’s autonomy in making informed medical decisions.”

The Commentary highlighted three critically important developments in gender-affirming health care that have advanced the field, and should continue:

Medical and surgical interventions that align, as closely as possible, a person’s body with their affirmed gender. Such interventions include hormone therapy; chest surgeries, including mastectomy and breast augmentation; genital surgeries, including metoidioplasty or phalloplasty, testicular implants and vaginoplasty; and dermatological procedures.

A growing base of evidence indicating that gender-affirming hormones and surgeries are safe, effective and associated with positive patient outcomes and that lack of access to such care is associated with deeply harmful health outcomes. Research also shows that transgender and gender diverse people rarely discontinue pursuing gender affirmation when they have the option to maintain it. Discontinuation is almost always due to external factors, such as familial and community pressures, incarceration or loss of access to gender-affirming medical care, rather than doubt about identity.

Including transgender and gender diverse people in the evolution of gender-affirming care by respecting their autonomy. Prior standards of care included extensive psychological assessments and completion of real-life social affirmation tests, likes living full-time in one’s affirmed gender expression, before starting interventions such as hormone. Prior standards of care also reflected a limited, strict binary understanding of gender expression. Current standards of care are inclusive of nonbinary and gender diverse people accessing hormonal and surgical interventions.

“Continued progress is dependent upon a health care workforce that has been fully trained in providing culturally responsive gender-affirming care, within healthcare systems designed based on the input of transgender and gender diverse people,” said Keuroghlian. “We also require leadership from clinicians and public officials advocating against politically motivated attempts to block access to gender-affirming health care and denigrate the rights and dignity of transgender and gender diverse people in civic life.”

“The context, science and practice of gender-affirming care” is available online here.