Why I Walk: Anne Dufault 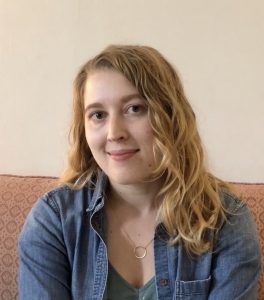 For long-time AIDS Walk & Run Boston supporter Anne Dufault, the Walk has always been about family, friends, and community.

Anne first got involved with AIDS Walk & Run Boston as a high school student. Her parents had donated to AIDS Action when Anne was younger, and as a teenager in 2005, she became interested in finding her own ways to help support HIV advocacy. A self-described “high school theater nerd,” Anne was a fan of the iconic musical RENT, which tells the story of a group of friends living and loving through the AIDS crisis of 1980s New York City.

As she got older, she learned more about how her own family had been impacted by the epidemic; her uncle had passed away from AIDS in the 80s.

“Finding out about that made me more passionate about learning the issues around HIV prevention,” she explained. Anne and her high school friends organized a Red Ribbon Drive at school to raise awareness around December’s World AIDS Day. Later, Anne joined her family and friends for their first AIDS Walk Boston together.

“I remember it being exciting that we were doing this as a group, that I had friends and family around me” Anne recalls. “It was the first time that I felt like I was really a driving force for fundraising around [AIDS awareness]. It was my first time really doing advocacy work around something tied to sex education.”

Today, Anne’s dedication to community sexual health has become the center of her professional life. She is a recent graduate of the Educational Studies program at the University of Illinois at Chicago. This fall, Anne will begin her PhD in Applied Developmental Psychology at Suffolk University, where she will be joining the Youth Equity and Sexuality Lab under the direction of Dr. Mimi R. Arbeit. Anne spent seven years as an educator for Catharsis Productions, facilitating conversations about sexual violence prevention and diversity and inclusion with college students, the U.S. military, and businesses.

When it comes to walking, running, fundraising, or just raising awareness around HIV/AIDS issues, Anne can offer some advice from her AIDS Walk experiences.

“The biggest thing is to think about what makes you passionate about this,” she said. “When you have conversations with people about donating money, they’ll want to understand why you care. Sharing how you got involved and your connections to the issues can be really powerful.”

“So many of our communities – and our overall culture – have been touched by AIDS. We all have a stake in making sure that the resources that folks needs are accessible,” Anne said.

Start your AIDS Walk & Run Boston journey today! Sign up to walk, run, volunteer, or fundraise for this year’s Walk on September 26!