Why I Walk: Paula Bent 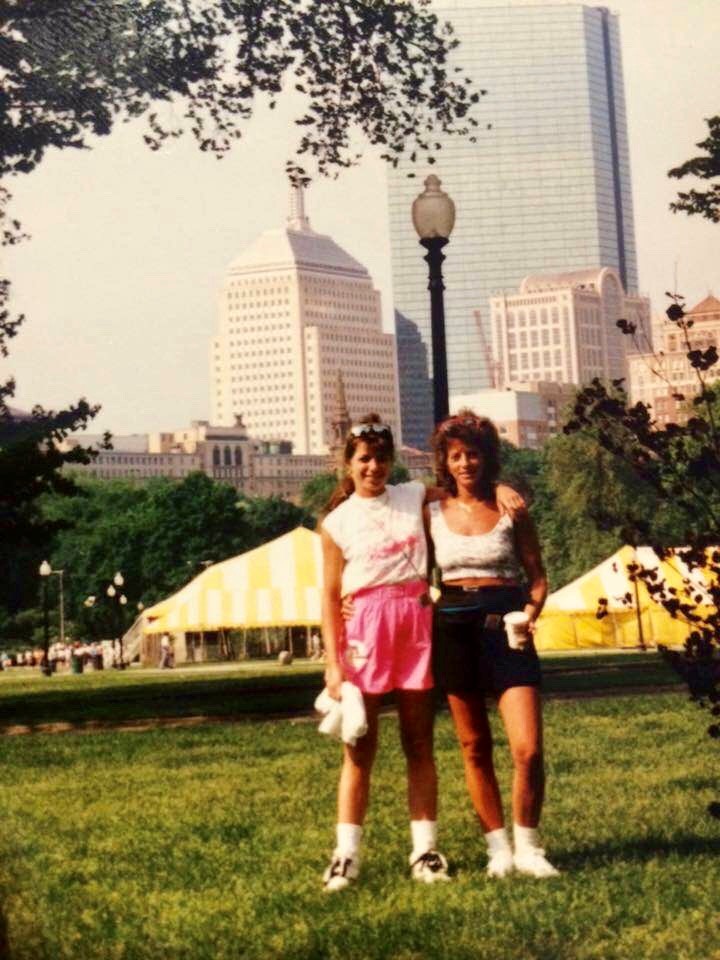 Paula and Sharon at an early AIDS Walk.

Paula and Sharon at an early AIDS Walk.

Paula Bent began participating in the AIDS Walk & Run in the early-90’s after learning that her sister, Sharon (affectionately known as “Sharon the Red Baron”) and her brother in-law had contracted HIV. 2020 will be Paula’s eighth Walk!

Learning about her Sister’s HIV status motivated Paula and led her to a better understanding of HIV/AIDS at a time when facts were scarce. “Both Sharon and my brother in-law got sick at the beginning of the AIDS crisis,” she said. “There was so much fear then and so little hope. People were scared that they would contract HIV just from touching someone with the disease. People could be extremely unkind if they knew you were positive. Sharon and many others faced a lot of prejudice and injustice.”

While Sharon became HIV positive at a time when it was seen as a death sentence, she was motivated to stay alive and healthy. Her determination helped her find excellent, cutting edge treatment. “Sharon was fortunate. She got connected to Dr. Jerome Groopman, one of the world’s leading doctors working on HIV/AIDS, through a friend,” Paula recalled. “Sharon was a badass! She just kept asking him until she convinced him to accept her as a patient. Sharon got into clinical trials and received excellent care that kept her alive for many years.”

Thankfully, HIV positive people have been living longer, healthier lives due to advances in treatment. While infections had been on the decline, they have recently increased—especially among young people. “In a way, the movement has been a victim of its own success,” Paula said. “Even though the perception is that HIV/AIDS isn’t an issue anymore, it really still is. One of the things the AIDS Walk does is to highlight the needs of those living with the disease and the need for more resources.”

Over the years, Paula has become an AIDS activist and an advocate for LGBTQIA+ rights. She has volunteered at AIDS Action, become a supporter, and frequently shares her knowledge of HIV/AIDS in an effort to help educate people about the disease.

One of the main ways that Paula spreads the word about HIV/AIDS is through her participation in the walk. She has started three AIDS Walk & Run teams over the years—a team with Framingham’s Red Star Pub (where Paula worked as a bartender), a family team, aptly named “Sharon the Red Baron” to honor her sister, and a team with The Cheesecake Factory that she co-chairs with John Larkin. “As I raise money for the Walk, I talk to everyone I know,” said Paula. “I make personal asks of friends and family. I’ll usually just ask for small donations that add up. I’ll call people, text them, email. However I can connect.”

“I remember back in the in the late ’80’s. When Princess Diana shook hands of people with AIDS at a time when people thought that they could the disease through contact,” said Paula. “We all thought she was an angel. It was incredibly inspiring. If she can do that, we can all walk to make a difference for people’s lives. Sharon was an incredible human being and her struggle and positive attitude still motivates me.”

Sign up or donate at aidswalkboston.org today and help AIDS Action continue to support people living with HIV/AIDS!